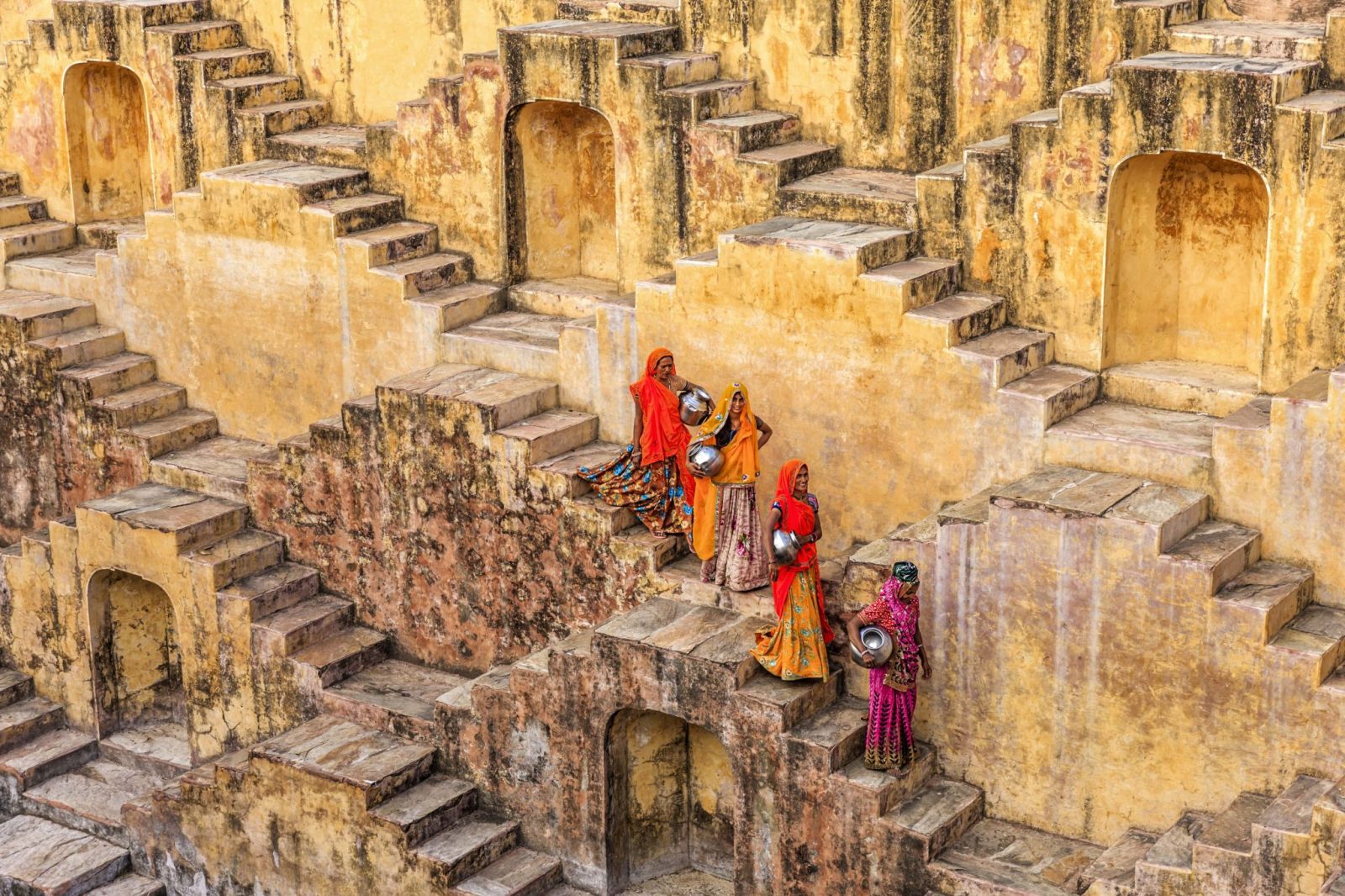 Indians have given the world the gift of magnificent architectural structures like the Taj Mahal and the Golden Temple. Across India, there are even more feats of ancient engineering and architecture wonders that marry form and function to such an impressive degree that even modern designers marvel. These marvels are called “stepwells”.

Stepwells are splendid architectural structures found in India that tapped into underground water tables, providing a year-round water supply. Thousands of the engineering masterpieces are dotted around the country, many containing ornate and intricate carvings depicting Hindu scenes. While many are now dilapidated and in a state of disrepair, others remain as visually stunning windows into India’s glorious past.

As its name suggests, a stepwell consists of a well/pool of water which can be accessed via a flight of stairs. While it is not entirely clear as to when exactly stepwells began to be constructed, the archaeological excavation of Mohenjo-Daro, one of the largest settlements of the Indus Valley Civilization, has uncovered a large structure resembling a water tank. This has been dubbed as the ‘Great Bath’ and may be a precursor to the decorative stepwells of India.

The exact intention behind constructing such obscure step wells is not totally obvious. A few people think that these stepwells were used as water harvesting spots. The huge orifice of the stepwells acts as the rain-catching conduit for the water that oozes out from the permeable rocks at the bottom of the well.

The first rock-cut stepwells in India appeared between the 2nd and 4th centuries A.D. After that stepwells were constructed at Dhank, near Rajkot, Gujarat in 550-625 A.D., and in Bhinmal, in the Jalore district of Rajasthan in 850-950 A.D. After that the construction of stepwells is known to have gone on vigorously, spreading from the southwestern region of Gujarat to the north of Rajasthan, along the western border of the country, where several thousands of these wells were built during that period. This activity virtually hit its peak from the 11th to the 16th century.

Most existing stepwells today date to the last eight hundred years. There are suggestions that they might have originated much earlier. Following the reported discovery of as many as 700 wells in just one section of the city of Mohenjo-Daro scholars are led to believe that these ‘cylindrical brick-lined wells’ might have been invented by the people of the Indus Valley Civilization and may be the predecessors of the stepwell.

The construction of stepwells involved not just the sinking of a typical deep cylinder from which water could be hauled, but the careful placement of an adjacent, stone-lined “trench” that, once a long staircase and side ledges were embedded, allowed access to the ever-fluctuating water level which flowed through an opening in the well cylinder.

During the dry seasons, every step – which could number over a hundred – had to be negotiated to reach the bottom story. But during rainy seasons, a parallel function kicked in and the trench transformed into a large cistern, filling to capacity and submerging the steps sometimes to the surface. This ingenious system for water preservation continued for a millennium. The designers also employed several anti-earthquake techniques. Pilasters, multiple symmetries, a low centre of gravity, pavilions (both steadying and cross-bracing), and careful fitting of rectangular blocks made it nearly impossible to roll a stone out of place.

The “Chand Baori” is the famed and most attractive stepwell found in the village of Abhaneri, near Jaipur, Rajasthan. It is the deepest, and one of the oldest step wells in the world. It was built by King Chand of the Nikumbh dynasty between 800 and 900 AD and is located opposite the temple of Harshat Mata, the Goddess of joy and happiness to whom it was eventually dedicated on completion.

With 3500 narrow steps and 13 stories, it is one of the largest stepwells in India and a fine example of architectural excellence prevalent in the past.