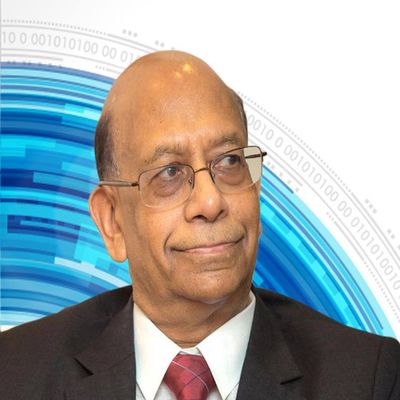 Mr Binod Kumar Bawri is a leading intellectual, visionary, entrepreneur, and philanthropist in India. He is the Founding Director of Ideopedia.

He is the pioneer of industrialization in North-East India. For over 40 years he has dedicated himself to the economic and social enhancement of North-East India. He has uplifted the lives of tens of thousands of people through results-oriented philanthrophy and public-spirited endeavors.

He was the Founder of Calcom Cement, the largest private-sector enterprise in North-East India. Calcom provided direct and indirect employment to over 25,000 people annually.

Mr Bawri has over 30 years of experience in the cement industry, and over 40 years of business experience in manufacturing. At the age of 21 he set up one of the first manufacturing industries in North-East India. He started and built several companies in diverse industries such as plywood, timber, cement, spices, retail, software, and construction, etc., over the last four decades.

He is very active in public policy circles. He is a Founding Member of the Atal Innovation Mission (AIM), an Innovation Promotion Platform established by Prime Minister Modi under the aegis of NITI Aayog. AIM’s mission is to rapidly promote innovation and entrepreneurship in India.

He is the Founding Director of Quantta Analytics, a Big Data and Artificial Intelligence driven platform that creates efficiencies in human interactions. He is a Director of Diduce Technologies, a software startup focused on search. He is working on a stealth startup.

He was the Managing Director and Chairman of Vinay Cements Ltd. He is a Senior India Advisor to Greater Pacific Capital LLP. He is the Founder of the Jamuna Devi Sarawati School, a non-profit school in Assam that provides free education to children from disadvantaged backgrounds. Children from the school have gone up to become leading IAS Officers. He is the Founder of Bawri Eye Hospital, a non-profit eye hospital in Meghalaya. 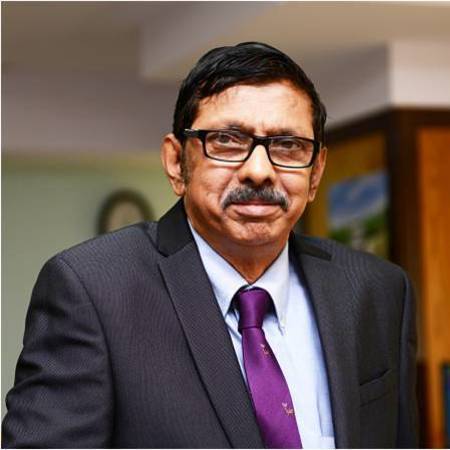 Mr A Surya Prakash is the Chairman, Prasar Bharati, India’s largest public broadcasting body. He is an author and Columnist and a leading commentator on Indian constitutional and parliamentary issues and governance. Apart from his pioneering work on Parliament, he is known for his well-researched interventions on national issues.

Currently, apart from heading Prasar Bharati, he is a Member of the Executive Council of the Nehru Memorial Museum & Library, New Delhi and Member, Board of Governors, Indira Gandhi National Open University (IGNOU). He is also Member, Advisory Council, Vivekananda International Foundation, a New Delhi based Think-Tank and Director, India Foundation, New Delhi.

His Columns appear in The New Indian Express, The Pioneer, Dainik Jagran, Eenadu, The Prameya, Prajavani and Dinamani. Supported by a K.K. Birla Fellowship, he took a sabbatical in the early 1990s to study the working of India’s apex legislative body. The result was What Ails Indian Parliament, published in 1995 by HarperCollins, which is hailed as the most definitive text on the working of India’s Parliament after W.H. Morris-Jones Parliament in India, published in 1957.

His next work on Parliament – Public Money, Private Agenda – The Use and Misuse of MPLADS, published by RUPA in 2013, has also won critical acclaim. Recently he has published The Emergency – Indian Democracy’s Darkest Hour. This book has also been published in Hindi, Gujarati, Telugu & Kannada by MeghNirghosh Media Pvt. Ltd.

He has several more publications on the working of India’s Parliament including chapters in many books. He has travelled widely and observed the working of the German and British Parliaments.

Mr Prakash is the recipient of the Sardar Patel Fellowship from the Institute of Policy Studies; Chennai; the Karnataka Rajyotsava Award from the Government of Karnataka; the Karnataka Patrika Academy Award; and the Bipan Chandra Pal Sanman for Fearless Journalism. 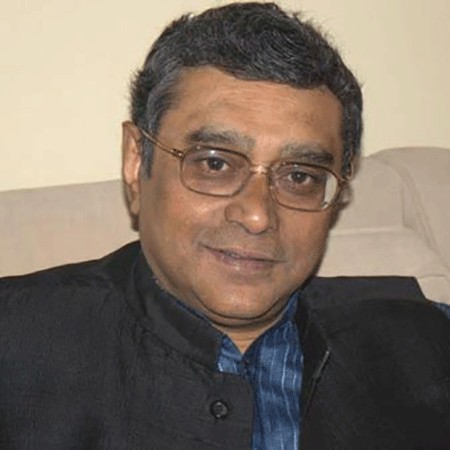 Mr Swapan Dasgupta is an Indian journalist and Member of Parliament, being a presidential nominee to the Rajya Sabha (Council of States, or India’s Upper House of Parliament)

At various points in his career, he has held editorial posts at The Statesman, The Daily Telegraph, The Times of India, The Indian Express and India Today, where he was managing editor till 2003.

He has published his works in The Pioneer, The Telegraph, Dainik Jagran, The Times of India, The New Indian Express, Outlook, The Free Press Journal and several other newspapers and magazines, and is currently a freelance writer for various publications. Over the last decade, he has acquired the fame of being one of the most frequently appearing faces on Indian television.

He is seen in all major political debates featured in the English electronic media, and was well known for appearing on NDTV’s weekly segment, “Politically Incorrect”.

Dasgupta was awarded the Padma Bhushan (India’s third highest civilian award) in 2015, for his contribution to Literature and Education. 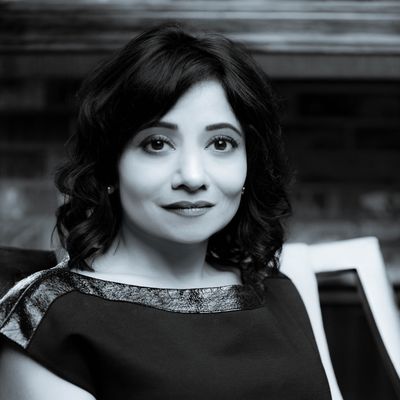 She is the Co-Founder of Quantta Analytics, a Big Data and Artificial Intelligence driven platform that creates efficiencies in human interactions. She was the Chief Strategy Officer of Calcom Cement, the largest private-sector enterprise in North-East India.

She was the Founder of Saroj Antiques, a global antiquarian company. She was the Co-Founder of Cijen, an analytics and software company based out of California. She has been granted a patent by the USPTO and has several patents pending. She is an Advisor to several startups.

She was the Founder of Thaella, a high-fashion accessories company that infused fashion with art. She started her first company designing fashion apparel at the age of sixteen. Her other interests include writing, image consulting, mentoring, art, yoga, and hiking. She holds an MBA from Pepperdine University, USA. 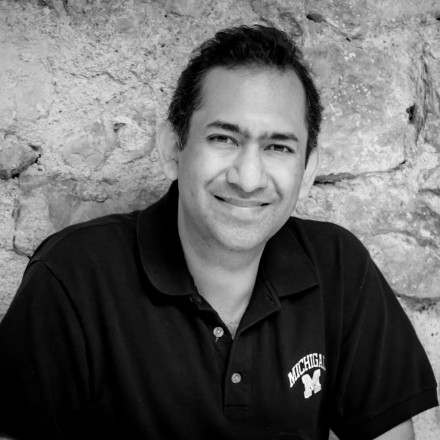 He was the Managing Director of Calcom Cement, the largest private-sector enterprise in North-East India. He spent over a decade building and running cement plants in Eastern India. He was the founder of Cijen, an analytics and software company based out of California. He served as the President of the University of Michigan Indian Alumni Association. He is a member of the Alumni Board, Ross School of Business. He co-founded the India Business Conference at the University of Michigan, Ross School of Business.

He served on the Entrepreneurs Organizations’ Board in Kolkata in 2011, 2012, and 2017. He served on a committee to set up a digital platform for Prasar Bharati. He has actively promoted the culture of North-East India through art. He was President, Rotary Club, East Kolkata and a Paul Harris Fellow.

He has transformed the lives of thousands of people through nutrition counselling, and helped them reverse diabetes, cardiovascular diseases, obesity, asthma, and other diseases.

He has several patents pending in the United States. He holds an MBA from the University of Michigan, Ann Arbor, USA, and a Bachelors degree in Economics, from St. Xavier’s College, Mumbai. 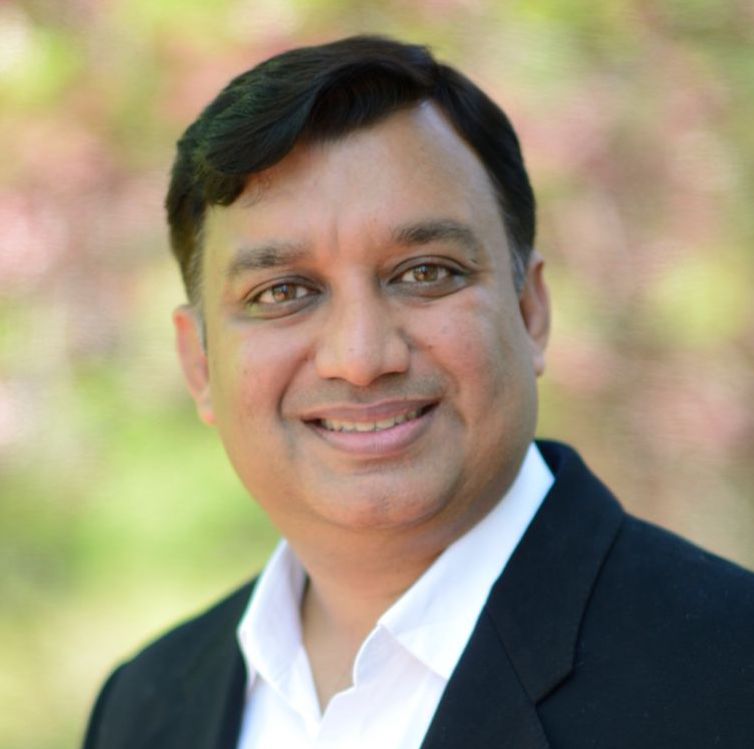 Dr Nikhil Agarwal is among the foremost Innovation and Policy experts in India. He is the CEO of  the Foundation for Innovation & Research in Science & Technology (FIRST) @ IIT, Kanpur. He is responsible for the incubation, innovation, research and startup activities at IIT Kanpur. In 2018 he was appointed Vice Chairman, Mahaashmita Livelihood Rural Accelerator Program (MILAP), Govt of Maharashtra. He is a Fellow of IC 2 Institute, University of Texas, Austin.

He is the Founder of Entrepreneur Café, a global movement in 110 cities and 6 continents, connecting over 45,000 entrepreneurs. His articles and interviews have been featured in the Harvard Business Review Blog, Forbes, CNN Money, BBC Radio, New York Times and Economic Times. He was a high-level-advisor to the United Nations Global Alliance on ICT & Development. He was the International Advisory Board Member at the World-Entrepreneurship-Forum and the Open Mind Foundation. He was the first Asian to be elected Co-Chair of the prestigious Internet Society Advisory Council (ISOC-AC) for 2008-10.