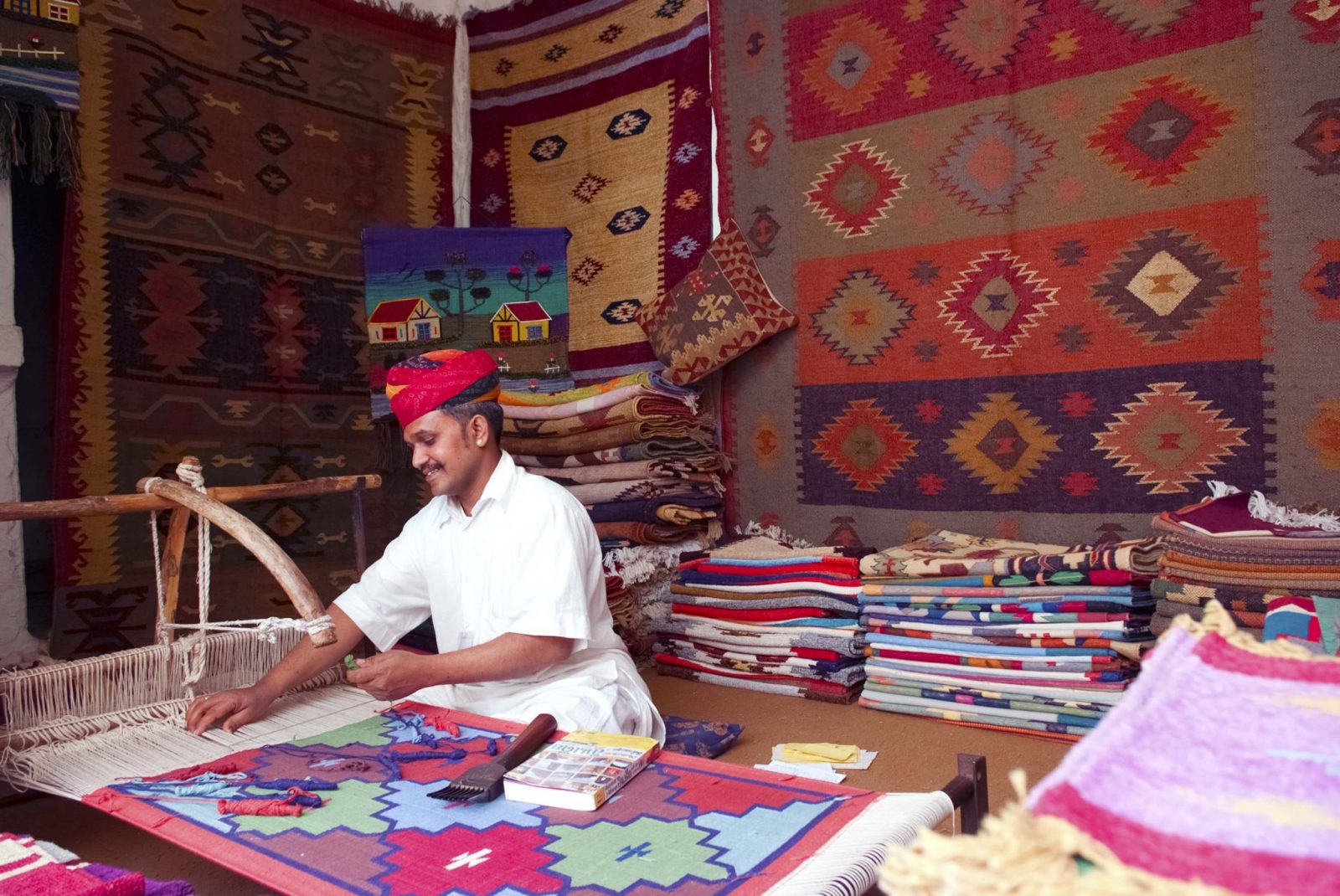 India, a nation of unity in diversity, the world’s 7th largest country is home to some of the most diverse ethnicities. This ethnic diversity brings with it a rich culture steeped in handlooms.

There is archaeological evidence of a cotton textile industry at Mohenjo-Daro in the Indus Valley around 3000 B.C., and a few fragments survive from much later periods. Excavations at Harappa and Mohenjo-Daro, have unearthed household items like needles made of bone and spindles made of wood, amply suggesting that homespun cotton was used to make garments. Fragments of woven cotton have also been found at these sites.

Alexander the Great wrote extensively about the fine flowered muslins and robes embroidered in gold that he had seen in India. Also mentioned in these and subsequent writings are references to the fibres collected from plants; specifically, the cotton weaving in India in approximately 1750 B.C.

Embroidery on fabrics is an extremely skilful art, one that has been in practice since the Indus Valley Civilization. The beauty of the embroidered fabrics was such that Mughals wore them as a symbol of royalty.

Cheaper and more accessible textiles were historically made of cotton. Wool is used in many textiles as well, traditionally spun from the fleece of mountain goats. The finest of this fleece is woven into a soft fabric called pashmina. Many Indian textiles are made of silk. While India has imported Chinese silk at various times in history, the nation does have a native population of silk moths which produce a slightly different type of silk.

Silk fabrics from South India were exported to Indonesia during the 13th century. India also exported printed cotton fabrics or chintz to European countries and the Far East before the coming of the Europeans to India. The fact that in a historical context, raw materials produced in India were exported to England at the expense of the labour and revenue of Indian workers while cheap cloth produced at the British mills of Manchester was exported to India and sold at inflated rates, is a testament to the quality of the fabric produced in India.

The quality of muslin cloth coming out of India is legendary. Princess Zeb-un-Nisa, Aurangzeb’s daughter, was once admonished by her father for wearing a transparent dress. She replied, to the astonishment of her father, that her dress consisted of seven separate layers of muslin. The art of ornamenting handloom fabrics in India is an age-old technique.

Today, the government’s ‘Make in India’ initiative is breathing life into some relatively unknown varieties of indigenous fabrics. Thanks to the efforts of the government and some designers, fabrics such as ikat and uppada silk are seeing a surge in popularity, as are the more popular Banarasi and khadi varieties.

Indian handloom designs draw inspiration from nature and the products of various regions reflect the colours of the local flora and fauna, thus making them unique to that region.

India is the second-largest textile manufacturer in the world, after China.