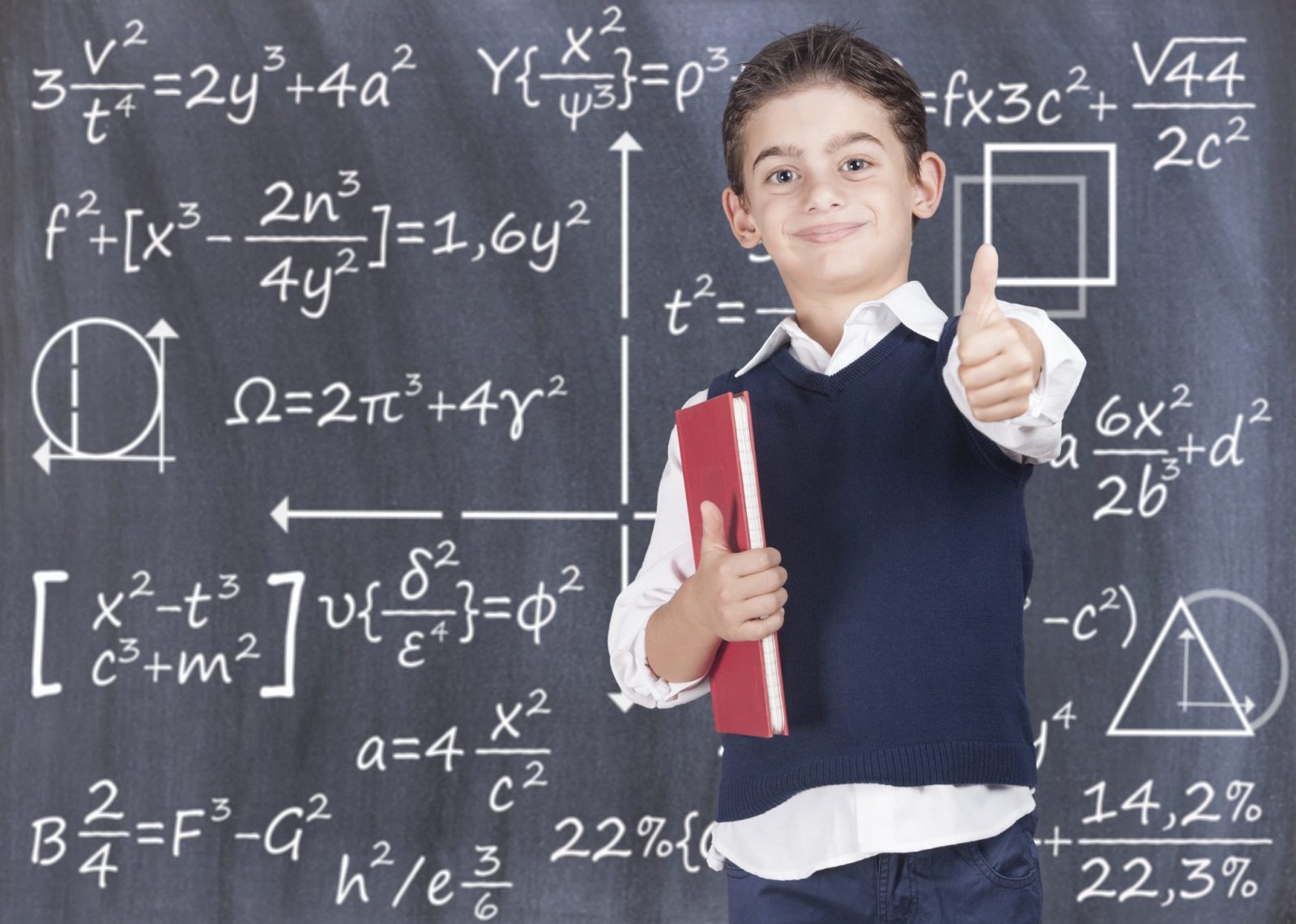 Indians have always had a noteworthy relationship with mathematics. Therefore, it’s no surprise that trigonometry was borne in India. Trigonometry developed in ancient India to solve astronomy problems. The earliest reference to trigonometry in India occurs in the text “Suryasidhanta” (c. 400). Important works from the 4th & the 5th century AD, like the Siddhantas, first defined the sine as the relationship between half an angle & half a chord, while also defining the cosine & inverse sine.

Shortly thereafter the Indian mathematician and astronomer Aryabhata collected and expanded upon the developments of the Siddhantas in a path-breaking work, the Aryabhatiya. The Siddhantas & the Aryabhatiya contain the earliest surviving tables of sine & versine values, in intervals from 0 to 90, to an accuracy of 4 decimal places. These texts used the words “jya” for sine, “kojya” for cosine, “utkrama-jya” for versine and “otkram jya” for inverse sine. The words “jya” and “kojya” eventually became sine and cosine after a mistranslation.

An interesting note is that, in Sanskrit, “jya-ardha” means chord-half, and this was frequently abbreviated to just “jya”. Indian works were eventually translated to Arabic, and when an Arabic work was translated to Latin, the term was mistranslated to mean “bosom or breast”, and thus was written as the Latin word “sinus”, and this is how the term “sine” was coined.

The first sine table can be traced to the early 5th century, in the text “Paitamahasiddhanta”. The first well-preserved text containing a somewhat accurate sine table appeared in Aryabhata’s aforementioned “Aryabhatiya”, written in the year 499 AD.

One of India’s greatest mathematicians, Madhava is sometimes called the greatest mathematician-astronomer of medieval India. Madhava came from a town called Sangamagrama, in Kerala, near the southern tip of India. He founded the Kerala School of Astronomy and Mathematics in the late 14th Century.

While Madhava’s predecessors were nervous about the concept of infinity, Madhava was more than happy to play around with infinity, particularly with the infinite series. He showed how, although one can be approximated by adding a half plus a quarter plus an eighth plus a sixteenth, etc., (as even the ancient Egyptians and Greeks had known), the exact total of one can be achieved only by adding up infinitely many fractions.

Madhava went even further and linked the idea of an infinite series with geometry and trigonometry. He realised that, by successively adding and subtracting different odd number fractions to infinity, he could hone in on an exact formula for π (this was two centuries before the German polymath Gottfried Wilhelm Leibniz came to the same conclusion in Europe). Today, trigonometry has a variety of applications including, but not limited to, astronomy, construction, physics, flight engineering and criminology.

Another example of the application of trigonometry is in music. Sound travels in waves and this pattern though not as regular as a sine or cosine function, is still useful in developing music. A computer cannot obviously listen to and comprehend music as we do, so computers represent music mathematically by its constituent sound waves. And this means sound engineers need to know at least the basics of trigonometry.

Aryabhata approximated the value of π equivalent to 3.1416, correct to four decimal places. He used this to estimate the circumference of the Earth, arriving at a figure of 24,835 miles, only 70 miles off its true value. 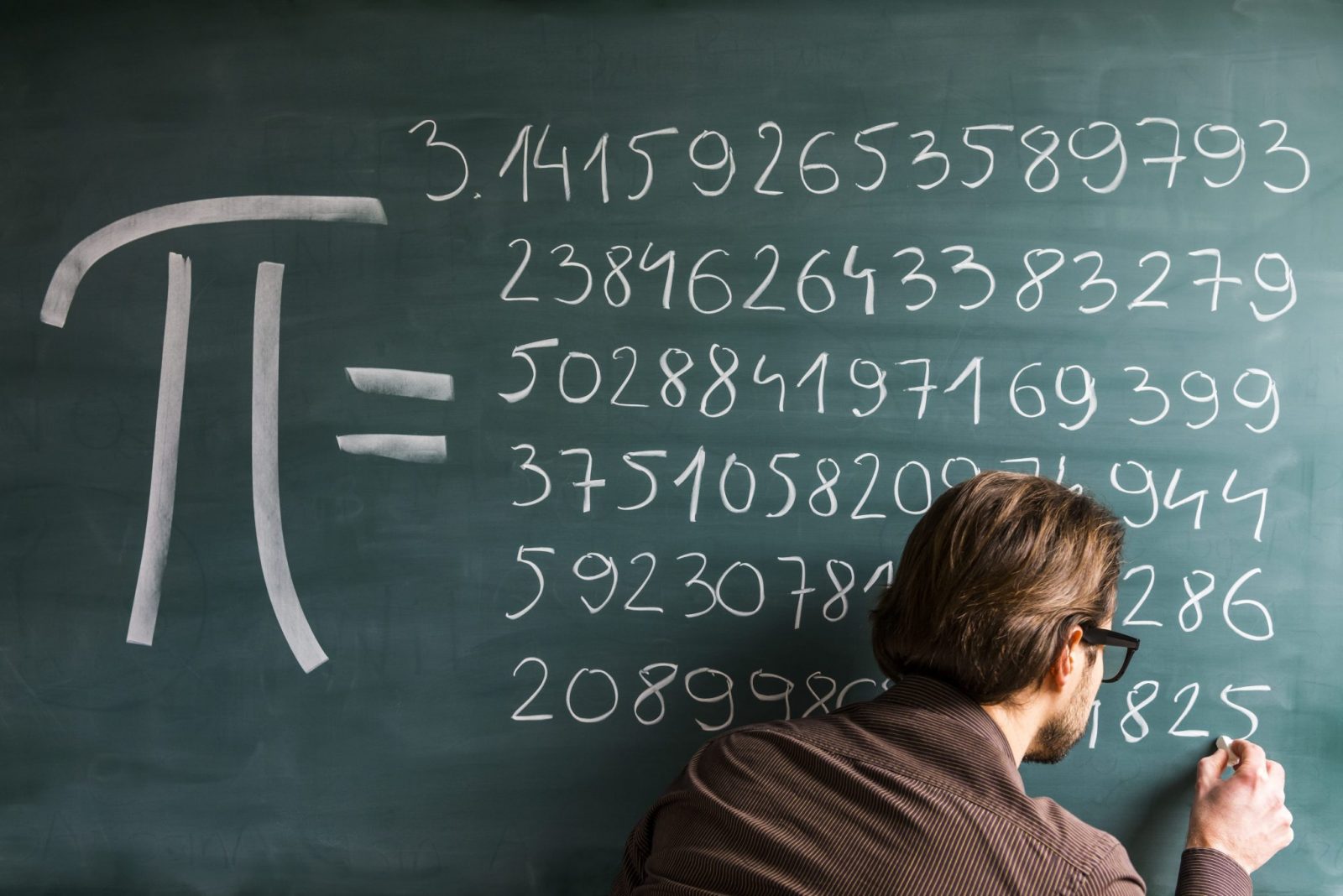 Pi (π), the 16th letter of the Greek alphabet, is used to represent the most widely known mathematical constant. It is an irrational number, which means that it is a real number with nonrepeating decimal expansion. It cannot be represented by an integer ratio and goes on forever, otherwise known as an infinite decimal.

Indians were the first to observe that the perimeter (circumference) of a circle increases in proportion to its diameter. Therefore, our ancestors established the relation – perimeter/diameter = constant. Regardless of the circle’s size, this ratio will always equal Pi. They didn’t call it “Pi” though. Since the Indus Valley script is not deciphered, it will be incorrect to claim that π was known in the subcontinent in 3000 BC.

However, Indians knew the value of Pi by the time Rigveda was written. The Vedangas and Sulabasutras mention the value of π. The oldest of them, the Baudhayayana Sulabasutra claims that the perimeter of a pit is 3 times its diameter- therefore approximating the value of π at 3. Many other texts, including the Mahabharata and many Puranas approximate Pi at the value of 3.

The constant π helps us understand our universe with greater clarity. In fact, the definition of Pi inspired a new notion of the measurement of angles. This important angle measure is known as “radian measure”, and it gave rise to many important insights into our physical world.

Pi’s ubiquity goes beyond math. The number crops up in the natural world, too. Pi appears everywhere there’s a circle, such as the disk of the sun, the spiral of the DNA double helix, the pupil of the eye, the concentric rings that travel outward from splashes in ponds. Pi also appears in the physics that describe waves, such as ripples of light and sound. It even enters into the equation that defines how we can precisely know the state of the universe, known as Heisenberg’s uncertainty principle.

Finally, Pi emerges in the shapes of rivers. A river’s windiness is determined by its “meandering ratio,” or the ratio of the river’s actual length to the distance from its source to its mouth as the crow flies. Rivers that flow straight from source to mouth have small meandering ratios. It turns out, the average meandering ratio of rivers approaches Pi.

Pi has even trickled into the literary world. Pilish is a dialect of English in which the numbers of letters in successive words follow the digits of Pi. Here’s an example from “Not A Wake,” by Mike Keith, the first book ever written completely in Pilish.

Pi Day is celebrated on March 14th, to pay tribute to the most famous constant in math and physics. 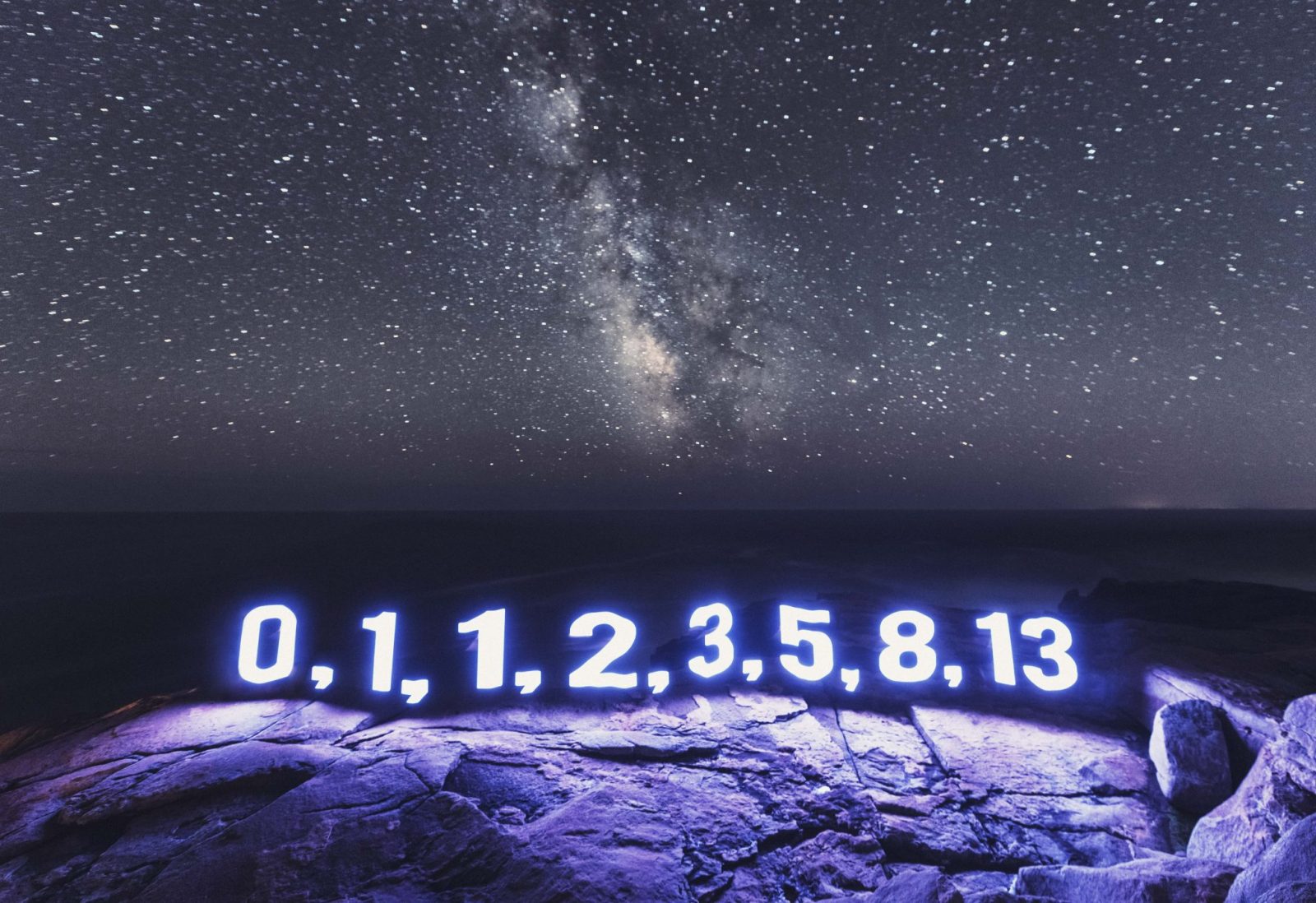 The Fibonacci Sequence is a series of numbers in which each number ( Fibonacci number ) is the sum of the two preceding numbers, for example, the series 1, 1, 2, 3, 5, 8, etc., is a Fibonacci Sequence. The sequence was named after a man called Leonardo of Pisa, who was nicknamed Fibonacci.

However, Fibonacci did not discover Fibonacci numbers. He learnt about them during his travels to North Africa, and he introduced them to Europe. Fibonacci numbers were used in ancient India much before they were used in Europe. Indians used it for the metrical sciences, also known as prosody (the study of a poetic meter).

Prosody was important in ancient Indian ritual because of an emphasis on the purity of utterance. Virahanka gave the method for the formation of the Fibonacci sequence (between A.D. 600 and 800), Gopala (before A.D. 1135), and Hemacandra (c. A.D. 1150), all prior to Leonardo Fibonacci (c. A.D. 1202).

In fact, Fibonacci himself wrote that he had studied Indian numbers and did not come up with the number series. In this sequence, each number is the sum of the previous two numbers, so it begins 0, 1, 1, 2, 3, 5, 8, 13, 21, 34 and so on. If you take two consecutive numbers, their ratio is very close to 1.618. This isn’t that impressive on its own until you realise that this ratio is the key to everything from encrypting computer data, to the numbers of spirals on a sunflower head, our limbs and why the Mona Lisa is so pleasing to the eye.

Sunflower seeds, for example, are arranged in a Fibonacci spiral, keeping the seeds uniformly distributed no matter how large the seed head may be. A Fibonacci spiral is a series of connected quarter-circles drawn inside an array of squares with Fibonacci numbers for dimensions. The squares fit perfectly together because of the nature of the sequence, where the next number is equal to the sum of the two numbers before it.

In the 1750s, Robert Simson noted that the ratio of each term in the Fibonacci Sequence to the previous term approaches, with ever greater accuracy the higher the terms, a ratio of approximately 1:1.6180339887. This value is referred to as the Golden Ratio, also known as the Golden Mean, Golden Section, Divine Proportion, etc. and is usually denoted by the Greek letter phi φ (or sometimes the capital letter Phi Φ). 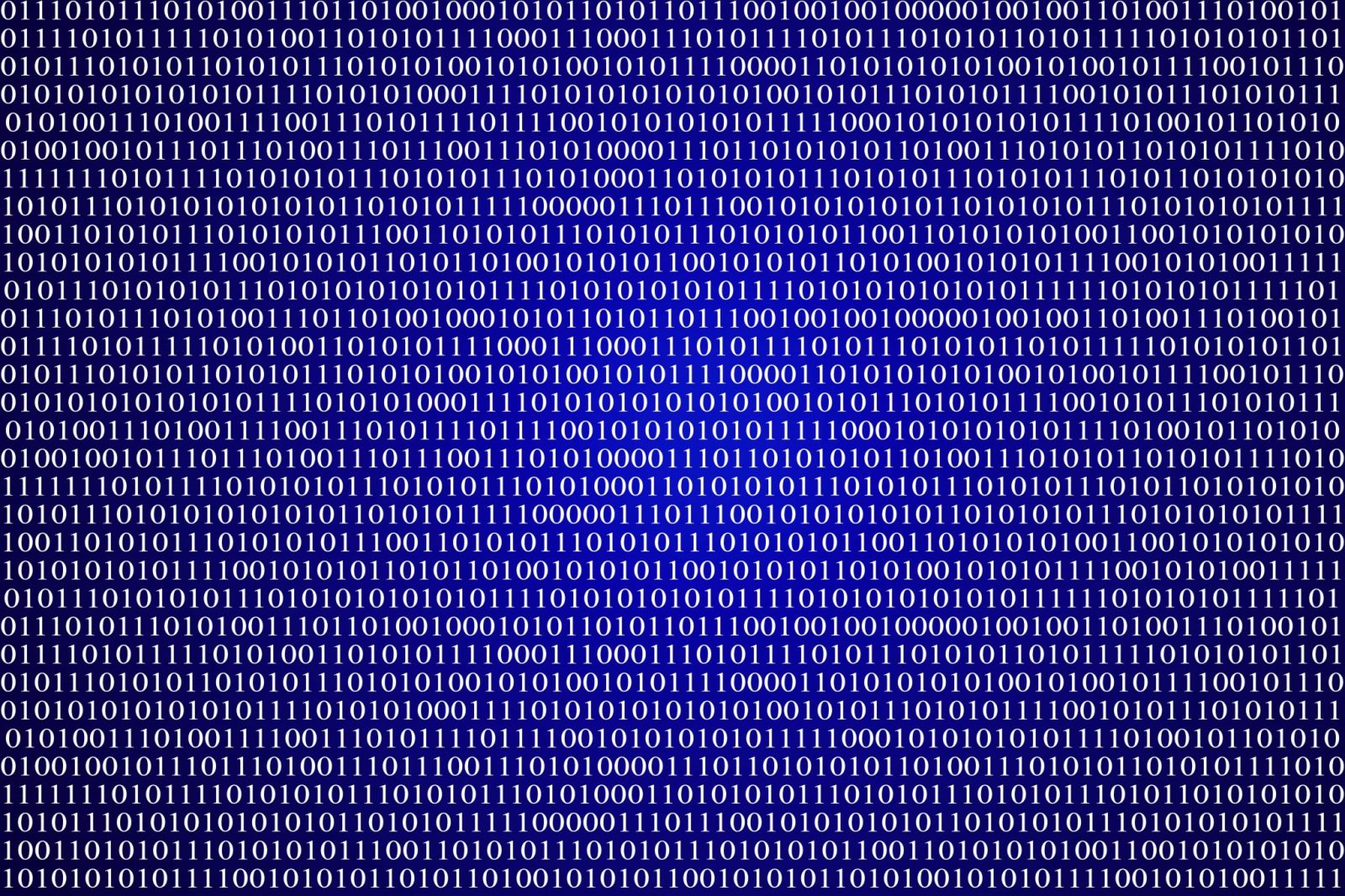 The binary numeral system (base-2 numeral system) is the foundation of computer science. In the earliest known Sanskrit treatise on prosody, the Indian mathematician Pingala first used the binary system to analyse musical and poetic meters in the Chandahsutra (Science of Meters), also called Pingala-sutras, which dates back to the 2nd century AD.

“According to researchers, the Chandahsutra represents the first known description of a binary numeral system in connection with the systematic enumeration of meters with fixed patterns of short and long syllables”. The Chandahsutra is more than 1500 years older than Gottfried Leibnitz’s binary system. Leibnitz, however, received the inspiration for his binary system from ancient texts.

The binary representations in Pingala’s system increase towards the right, and not to the left like in the binary numbers of the modern, Western positional notation. Leibniz fully documented the modern binary system in the 17th century in his article, “Explication de l’Arithmétique Binaire”. Leibniz’s system used 0 and 1, like the modern binary numeral system. Etymologically, the word “binary” has its origins in the Latin “bis” which means “double“, same as a lot of other words starting with the “bi” prefix, such as “bicycle” or “binoculars”.

Computers use binary because they can only read and store an on or an off charge. The circuits in a computers’ processor are made up of billions of transistors. A transistor is a tiny switch that is activated by the electronic signals it receives. The digits 1 and 0 used in binary reflect the on and off states of a transistor.

Of all the positional systems, the binary system seems to be the simplest. 2 is the radix or the base of the system, meaning that only two digits – represented by 0 and 1 – appear in the system. Numbers can be encoded in binary format and stored using switches.

Computers, calculators, cell phones, burglar alarms, etc., all use the binary system. Everything on a computer is represented as streams of binary numbers. Audio, images and characters all look like binary numbers in machine code. These numbers are encoded in different data formats to give them meaning. Today, the binary system is used in every computer in the world.

The binary number system is one of the most important developments in the history of technology. It is the basis for the storage, transfer, and manipulation of data in computer systems and digital electronic devices.