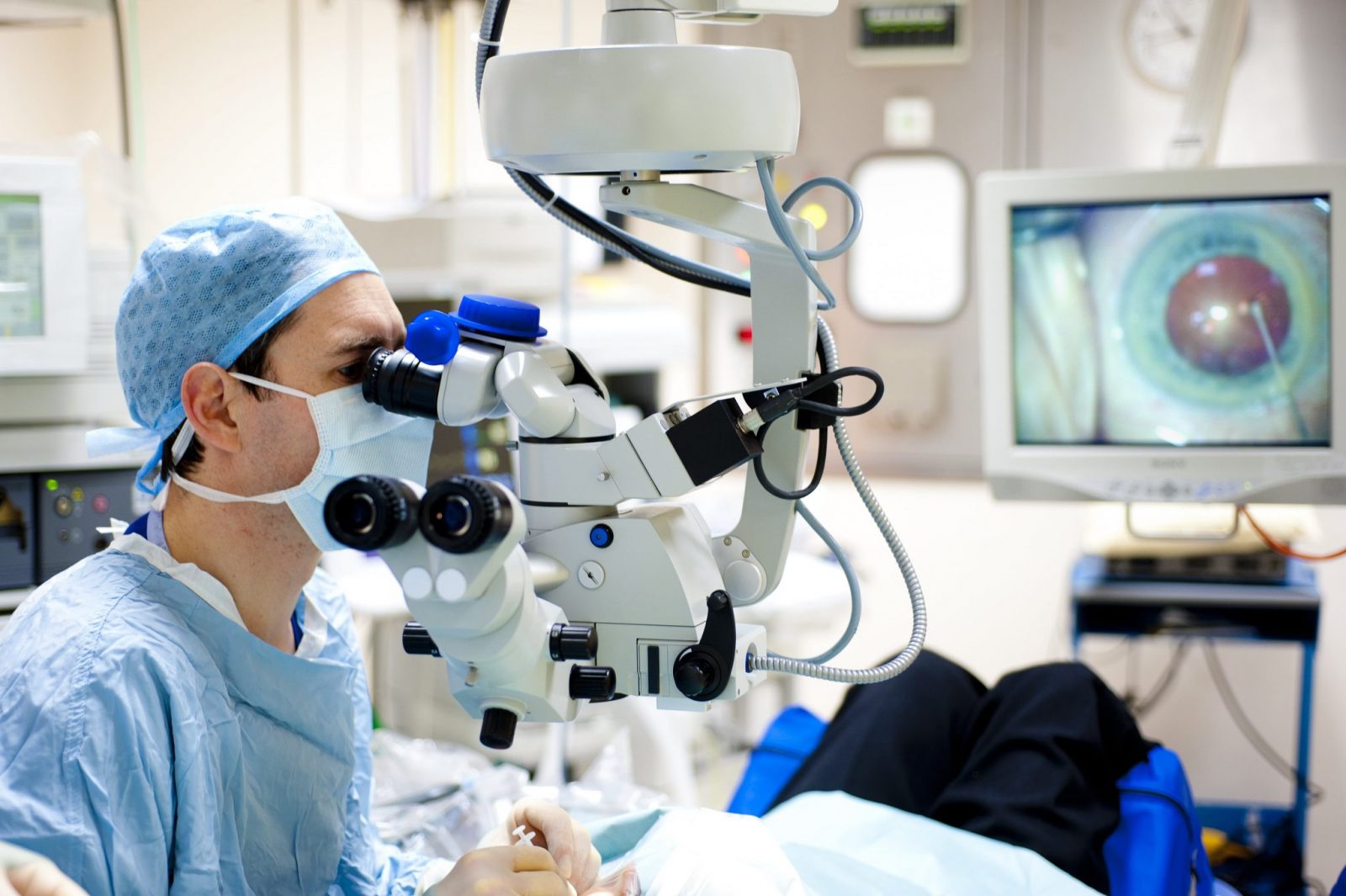 A cataract is a clouding of the eye-lens that develops when proteins in the lens clump together. Cataracts can cause vision impairment. One of the most ancient surgical procedures for cataract originated in India. Couching for cataract is one of the most ancient surgical procedures; however, Maharshi Sushruta, an ancient Indian surgeon considered the father of surgery, first described the procedure in the “Sushruta Samhita, Uttar Tantra”, an Indian medical treatise (800 BC).

This legendary surgeon lived in the Bengal Region in the era when Buddha was alive. Sushruta’s teachings were passed down verbally by his disciples over two centuries, possibly written down by various authors, and later compiled into a Samhita (compendium). Although the original was lost, a version of this famous and monumental textbook, an Indian comprehensive medical treatise written in Sanskrit verses, was discovered in 1890 in Kuchar, Chinese Turkestan, and was named after the man to whom it was sold, Hamilton Bower. The Bower manuscript, which is the earliest text for the systematic teaching of surgery, was written on birch bark and is currently housed in the Bodlean Library in Oxford.

The text describes an operation called “couching”, in which a curved needle was used to push the opaque phlegmatic matter (Kapha in Sanskrit) in the eye out of the way of vision. The phlegm was then blown out of the nose. The eye would later be soaked with warm clarified butter and then bandaged. Sushruta claimed success with this method but cautioned that this procedure should only be performed when absolutely necessary, as it then yielded blindness in a majority of cases.

The removal of cataract by surgery was also introduced into China from India and flourished in the Sui (AD 581-618) and Tang dynasties (AD 618–907). Evidence shows that couching was widely practised in China, Europe and Africa. The “couching” technique, however, was later replaced by cataract extraction surgery where the lens was removed by suction through a hollow instrument. Bronze oral suction instruments that have been unearthed seem to have been used for this method of cataract extraction during the 2nd century A.D.

A whopping 285 million people around the world are visually impaired. Out of those, 39 million are legally blind, while 246 million have low vision. What is surprising is that 33 percent of those people are visually impaired due to unoperated cataracts. In addition to this, in 2010 cataract was responsible for 51% of world blindness, which then represented about 20 million people.