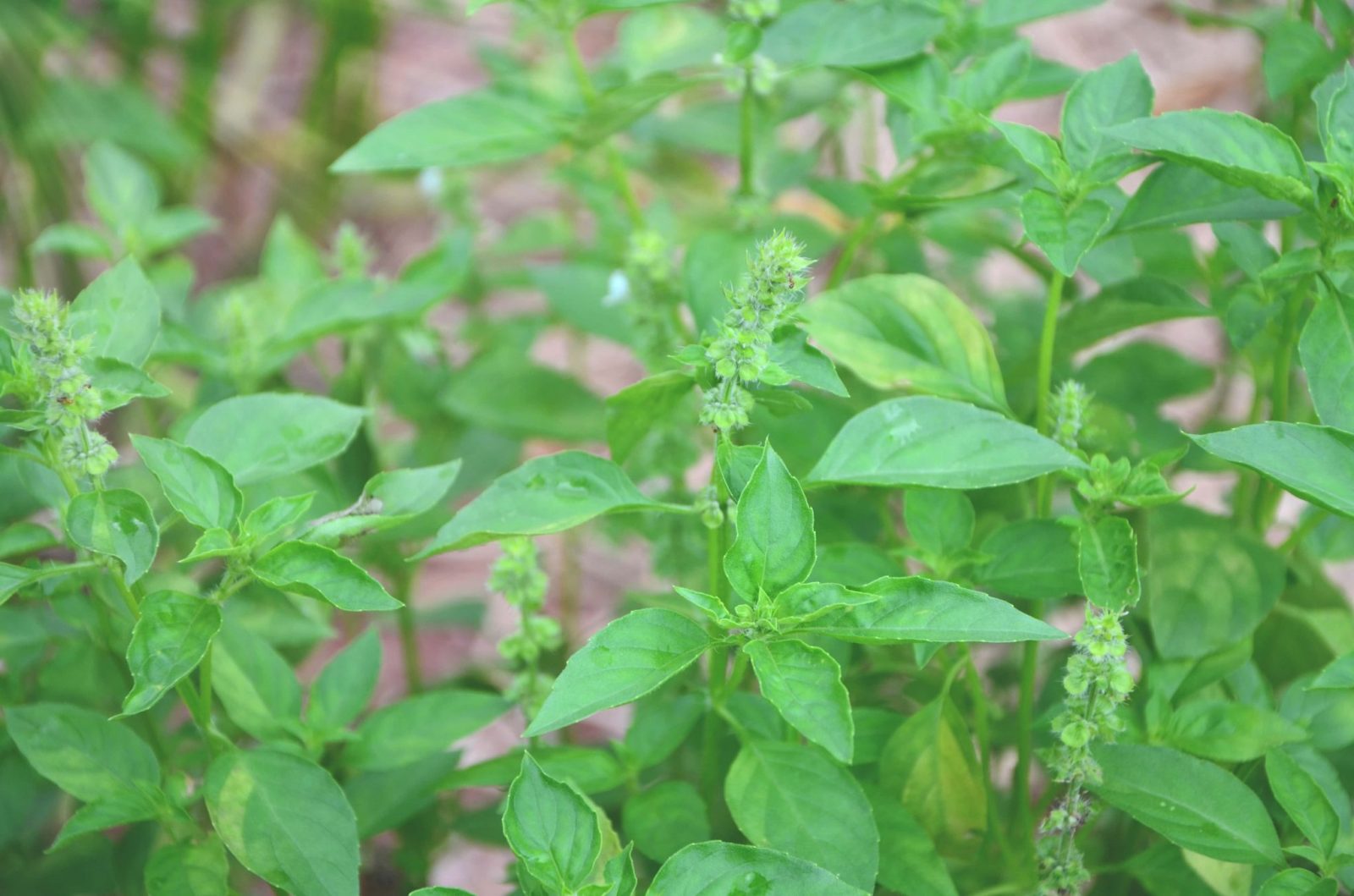 Ocimum tenuiflorum is the scientific name of a herb that is used to treat ailments ranging from the common cold, bronchitis, fever to digestive complaints, including ulcers; a super herb, if you will – Basil or Tulsi.

In Sanskrit, Tulsi translates to “the sacred one”. According to Ayurveda, holy basil, or Tulsi, as it is called in India, promotes purity and lightness in the body, cleansing the respiratory tract of toxins, and relieving digestive gas and bloating. Holy basil leaves offer a rich source of essential oil, which is a potent antiseptic against many kinds of disease-causing organisms, including bacteria, fungi, and parasites. The tulsi plant is even known to purify or de-pollute the atmosphere and also works as a repellent to mosquitoes, flies and other harmful insects.

Tulsi is native to the Indian subcontinent where it has been grown for thousands of years. In addition to India, today tulsi is grown in Sri Lanka, Thailand, Malaysia, Pakistan and Southern China. There are three different strains of tulsi. The Rama tulsi has green leaves, the Krishna tulsi has purple leaves, and the Vana tulsi is a wild variety. There is a great deal of variation in the size and colouring of these plants depending upon geography, rainfall and plant type.

The tulsi plant is also known as ‘holy basil’. For more than 5,000 years, Tulsi (Holy Basil) has been revered as one of the most sacred herbs in India, infused with restorative power. Hindus view the plant as a Goddess (a manifestation of Lakshmi) in the form of a plant bestowed with great spiritual powers. According to legend, no amount of gold could outweigh Krishna’s power, but a single tulsi leaf placed on the pan in loving devotion tilted the scale. As tulsi travelled west along the early trade routes from the Orient to Europe, it became known to the Christians as “sacred” or “holy” basil. They hailed Holy Basil as “The King of Herbs”, and Holy Basil became routinely included in legends, offerings and worship rituals and was looked on by many as a gift of Christ.

The Vedas consecrate the tulsi plant with a lot of mentions, and it is believed that the God, ‘Brahma’ resides in her branches and all deities in her leaves. The Ganges flows through her roots, while the ‘Vedas’ reside in her upper branches. She is believed to be the medium between Earth and Heaven. These meritorious mentions in the Vedas and popular beliefs is the reason Tulsi is an integral part of almost all religious ceremonies of the Hindu religion.

During the British colonisation of India, the British would ask Indians to swear on the holy basil aka tulsi when they couldn’t find an equivalent of the Bible.