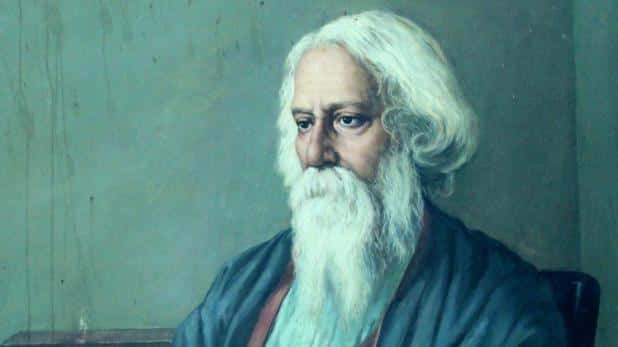 India has a history of over 3000 years in written literature. Storytelling in India has always been an art, from Vedic times to modern India.

Take the Rigveda, for example. Sanskrit literature begins with the oral literature of the Rigveda, a collection of sacred hymns dating to the period 1500–1200 BCE. The Rigveda has 3 out of 1028 hymns dedicated to Rudra, the personification of terror. Today, the Meluha trilogy, a fictional series of books, is centred around the god Shiva aiding the Meluhans in the war against the Chandravanshis.

Indian literature is so vast and rich that to talk about a particular section would not do justice to the gift that is Indian literature. Political enterprises like the Brahmo Samaj and Swadeshi Movement brought out gems like Rabindranath Tagore who spread the brilliance of Indian literature across the oceans with his Nobel winning Gitanjali.

In 1835, Britain’s Lord Macaulay scoffed that “a single shelf of European books is worth the whole literature of India and Arabia.” However, the richness and vastness of Indian literature are hard to fathom. While there are 22 official languages in India, there are over 700 languages in the country, each with their own form of literature.

In the past, many successful Indian writers were bilingual and trilingual. Rabindranath Tagore wrote in English and Bengali; Premchand, the short story writer and novelist, wrote in Hindi and Urdu; and Allama Iqbal wrote English prose and Persian and Urdu poetry.

The power of the written word is one that can never be understated or underestimated. The written word has erected and razed cities, ended and saved lives and preserved and destroyed traditions and memories.

Such is the power of the written word that way back in the 1930s much to the world’s aghast the German Student Union conducted a campaign to ceremonially burn books in Nazi Germany, in the middle of Berlin Square as a show of support for the Nazi movement. It was considered a cultural cleansing through fire. Works that were burned included those of socialist Bertolt Brecht, Karl Marx, Austrian playwright Arthur Schnitzler, Ernest Hemingway, and Helen Keller.

On another continent, during the same time, famed authors like Aurobindo, Vivekananda, Sarojini Naidu and Nissim Ezekiel were contributing towards the rise of Indian literature by writing about topics ranging from spirituality to nationalism.

The Panchatantra is one of the best-known collections of old stories in India. “Panchatantra” is a Sanskrit word that means “five books.” Each book has a framework story into which shorter stories are interwoven. The fable-like stories are full of humour and sagely advice. Many scholars say that The Panchatantra was originally composed in Kashmir in about 200 B.C. According to legend, it was written for three princes to teach them the principals of “right living.”

Over the past three decades,  India has produced many excellent writers like  Salman Rushdie, Vikram Seth, Amitav Ghosh, Arundhati Roy and others.

Rabindranth Tagore (1861-1941), a poet, philosopher and writer from Calcutta, was the first non-European to win the Nobel Prize in literature.