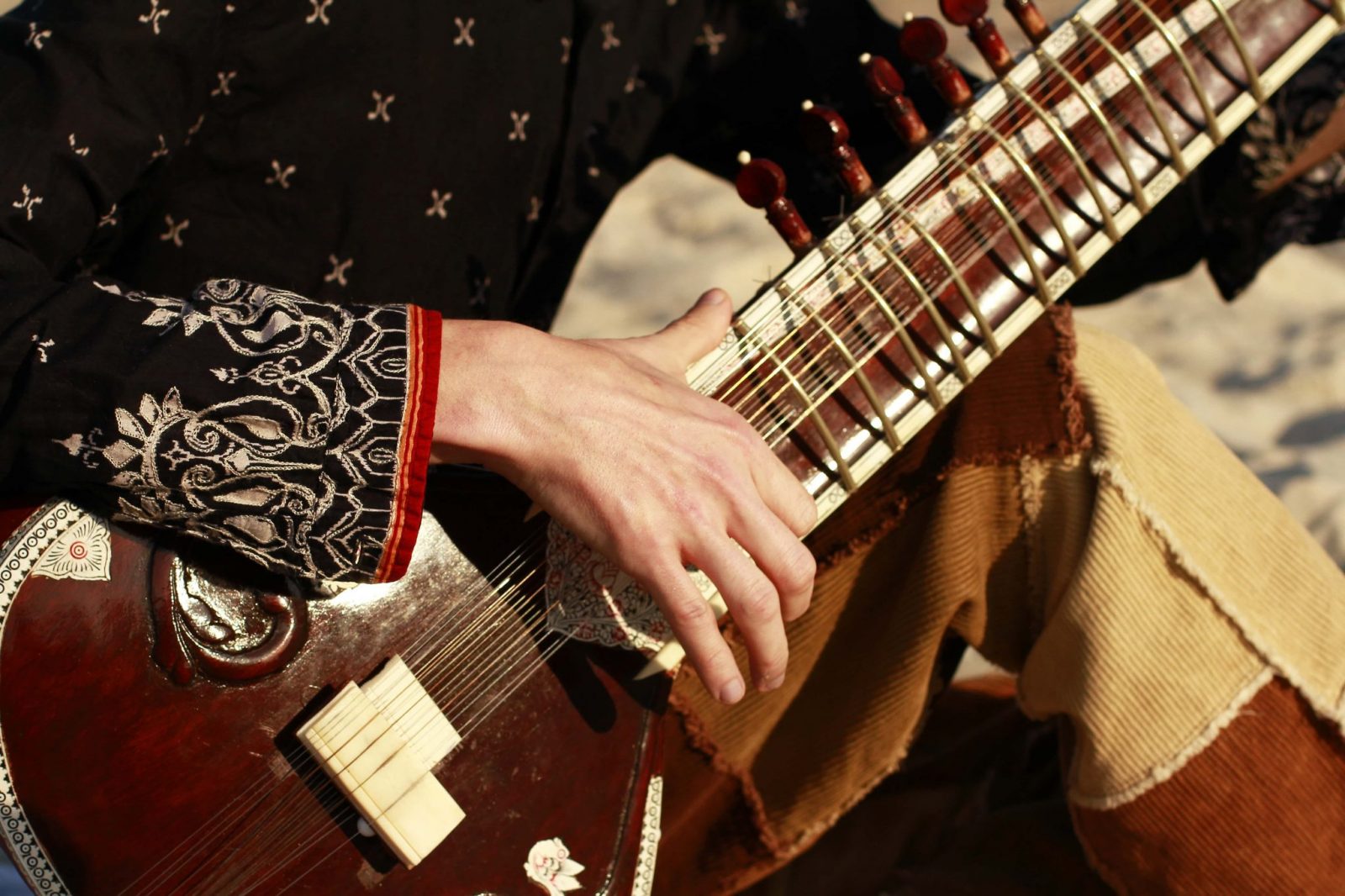 India, the land of immense charm, bright colours and never-ending intrigue has a lot to offer, from rich food to majestic architecture. But that’s just scratching the surface. India has a handsome history in the world of music too.

The tabla is one of the most well-known instruments to emerge from India. The tabla is a set of two drums that are played while sitting on the floor. The larger drum, called ‘Bayan’ (meaning left), was originally made from clay but is now constructed of metal (brass, steel, or copper).

The Bayan is considered the bass drum of the set, but there is a tremendous range of expression possible by using specific techniques employed by a skilled drummer. The right-hand drum is called the ‘Dahina’ (meaning right), and is made of seasoned hardwood and hollowed out like the Bayan. The tabla is most commonly used in North Indian classical music, but its versatility in all musical styles has enabled it to become the most popular percussion instrument in all of India. The tabla fuses Arabic, Turkish and Persian influences with indigenous Indian drums. The word ‘tabla’ originates from ‘tabl’ the Arabic term for ‘drum’. The dholak and pakhawaj are considered as early forms of the tabla.

The most ancient Vedic literature describes drums covered with the skins of wild animals, large earthen drums, and the role of the drums in various rituals. However, the tabla was invented in the first half of the 18th century (about 1738) by a drummer named Amir Khusru, who was instructed to develop a more subtle and melodic percussion instrument than the pakhawaj that could accompany a new style of music called ‘Khayal’. That style, with the tabla accompaniment, is the basis of the modern performances of Indian classical music.

Zakir Hussain is one of the world’s foremost Indian percussionists. Zakir Hussain also worked with George Harrison, a member of the Beatles on a sitar recording.

Another musical instrument to come out of India is the Veena. The veena is among the oldest musical instruments in India. The Rudra Veena is considered to be the mother of all stringed instruments. The Saraswati Veena is the predominant instrument used in Carnatic music, and the Rudra Veena is the most played Veena in Hindustani music. The Saraswati Veena has seven strings strung over twenty-four fixed frets. It has a large resonator (kudam), a tapering hollow neck (dandi) and a tuning box that curves downwards (yali). It is played by sitting cross-legged, with the resonator to the player (vainika)’s right.

The Hindu epic, Ramayana has a reference to the celestial being Saint Narada singing the praises of God Vishnu while playing the Veena. Archaeological digs have uncovered gold coins from the Gupta regime inscribed with Emperor Samudragupta (330-375 A.D.) playing the harp, a form of the Veena.

The Veena is India’s national instrument.