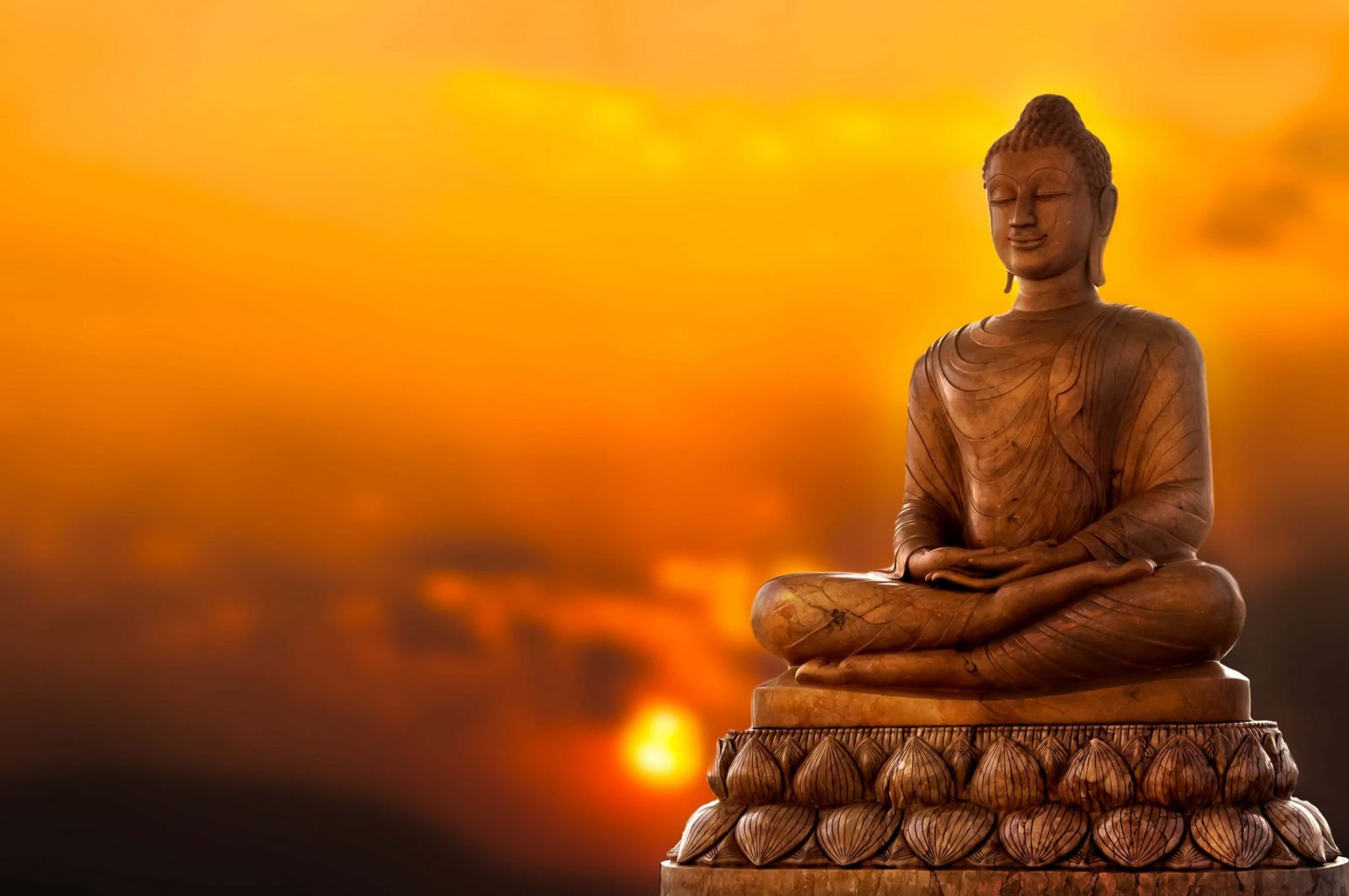 Buddhism is one of the many gifts that India has given the world. Buddhism originated in the northern part of India in the 5th century B.C.E. Buddhism was founded by Siddhartha Gautama, who is referred to as the Buddha (literally the “Awakened” or “Enlightened One”).

Siddhartha Gautama grew up in princely luxury, shielded from the outside world, entertained by dancing girls, instructed by brahmins, and trained in archery, swordsmanship, wrestling, swimming, and running. One day, on a chariot ride, Gautama noticed several forms of human suffering: old age, illness, and death (a corpse), as well as an ascetic renouncer. The contrast between his life and this human suffering made him realise that all the pleasures on earth were transitory.

Siddhartha decided to leave behind his life of luxuries in the pursuit of the answer to the true meaning of life. Siddhartha pushed self-sacrifice and austerities to the limit. Unlike Mahavira, Siddhartha found he started feeling very weak after fasting, unable to concentrate his thoughts on the eternal. After six years as the ideal ascetic, Siddhartha repudiated that path of austerities, seeing them as leading not to salvation but to painful frustration. Instead, he resumed eating, and as his body strengthened, he began to meditate deeply on the nature of humanity and the cosmos. In Buddhist tradition, the various gods, especially the god of death, strove in vain to distract him from his meditation. Finally, sheltering under a pipal or sacred fig tree, he achieved enlightenment as the Buddha. Through meditation and analysis, he attained an enlightened state of being that marked the end of human attachments (and therefore suffering), and ultimately, upon his death, release from the cycle of rebirth (samsara).

Among the most important doctrines, he taught include the Four Noble Truths.

1. The First Noble Truth is that life is suffering (dukkha). Life as we normally live it is full of the pleasures and pains of the body and mind; pleasures, he said, do not represent lasting happiness.

2. The Second Noble Truth is that suffering is caused by craving—for sensory pleasures and for things to be different from what they are. We refuse to accept life as it is.

3. The Third Noble Truth, however, states that suffering has an end.

4. The Fourth Noble Truth offers the means to that end: The Eight-Fold Path.

The Eightfold path referred to as steps on a path, is not meant as a sequential learning process, but as eight aspects of life, all of which are to be integrated into everyday life. The eight parts of the path to liberation are grouped into three essential elements of Buddhist practice — moral conduct, mental discipline, and wisdom. The Buddha taught the eightfold path of Right Understanding, Right Intent, Right Speech, Right Action, Right Livelihood, Right Effort, Right Mindfulness, and Right Concentration in virtually all his discourses.

According to the Buddha, if one follows this combined path, they will attain Nirvana, an indescribable state of all-knowing lucid awareness in which there is only peace and joy. The rest, as they say, is history.

Today, Buddhism is practised by over 400 million people all over the world. China has the largest population of Buddhists, approximately 244 million or 18.2% of its total population.