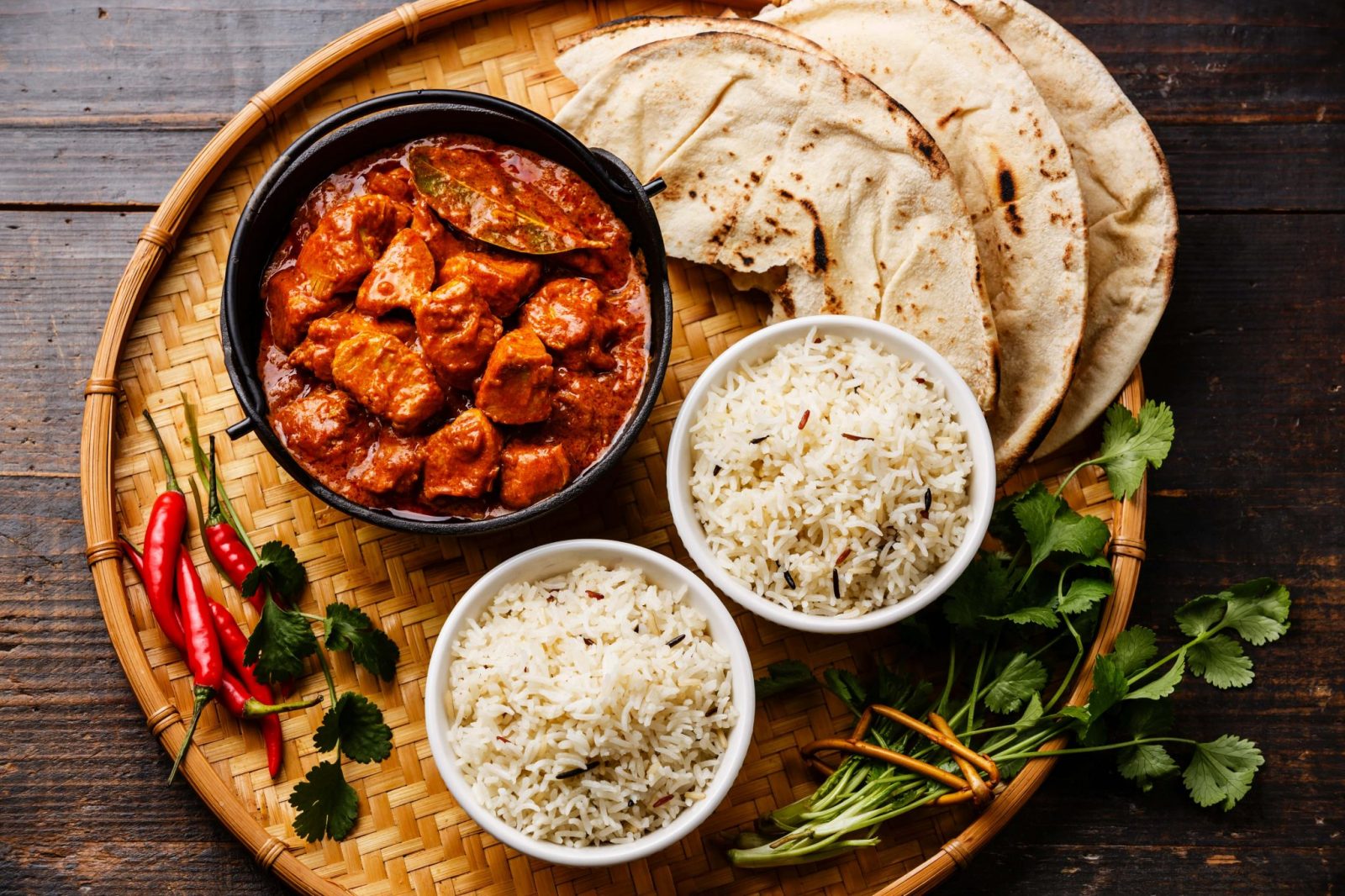 India is a land chock full of tourist attractions. The Taj Mahal, the Golden Temple, the Himalayas, and Varanasi. But there is something that gives every tourist that comes to India a little kick; finger-licking Indian food. Indian cuisine is also a traveller of sorts. It has travelled far and wide to almost every corner of the world. There is no popular tourist destination in the world that does not have an Indian restaurant. Such is the love for Indian cuisine the world over.

Indian cuisine, however, is about as complex to explain as thermodynamics. In over 5,000 years of history, India has welcomed a multitude of settlers with a variety of belief systems. Having been part of global trade routes for thousands of years, India has naturally had plenty of exposure to cuisines from around the world. Indian food has been influenced by all sorts of cuisines – from Persian and Central Asian to Arab and Mediterranean.

Hinduism and Islam are the two dominant religions that have influenced Indian cooking and food habits the most. Each migration of settlers brought with them their own culinary methods. The Hindu vegetarian culture is widely practised, and Muslim tradition is the most dominant in the cooking of meats. Mughlai food, kebabs, rich Kormas (curry), and nargisi koftas (meatballs), the biryani (a layered rice and meat dish), rogan josh, and other dishes prepared in a clay oven or tandoor are wonderful contributions made by Muslim settlers in India.

In South India, the cuisine is mostly rice-based with an accent of a thin soup called Rasam. Coconut is an essential ingredient in South Indian cuisine. Dosa (rice pancakes), Idli (steamed rice cakes), and fermented rice are very popular dishes with Hindu vegetarian dieters. The Portuguese, Persians, and British also made important contributions to Indian cuisine. Goan cuisine, especially, is immensely influenced by four hundred years of Portuguese colonialism. Goa owes its tradition of using spices and potatoes to the Portuguese.

The Parsis arrived in India in the 7th century after fleeing religious persecution in Iran and settled on the west coast in Gujarat and Bombay (Mumbai). They are a small community but have nonetheless contributed significantly to Indian culture. Parsi food tends to be hot, sweet and sour, and the ‘Lamb Dhansak’ is a famous Parsi dish traditionally served on special occasions.

‘Masalas’, or spices are at the very heart of Indian cooking. Spices and aromatics in different combinations are used in Indian cuisine. This produces an infinite variety of flavours and tastes – sweet, sharp, spicy, aromatic, and mild.

Rightfully known as the ‘land of spices’, India is the largest producer of spices in the world. The country produces over 70% of the world’s spices and is also home to a greater variety of spices than any other in the world. The traditional Indian diet is now a mix of the best of Hindu, Muslim, Christian, and other religions’ culinary traditions.

India is home to one of the world’s hottest chilli – ‘Bhut Jolokia’ or ‘ghost pepper’ – which is estimated to be about 400 times hotter than Tabasco sauce.