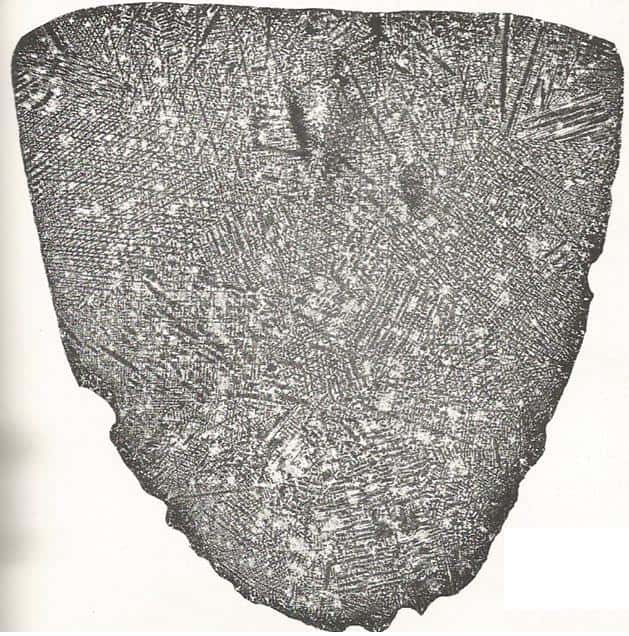 Nestled among the various layers of history in India is a material that has contributed to the growth in material technology over centuries. There are numerous early literary references to steel from India including one from the time of Alexander (3rd century, BC), who was said to have been presented with 100 talents of Indian steel.

In 1912 Robert Hadfield, an English metallurgist, who studied crucible steel from Sri Lanka recorded that Indian wootz steel was far superior to that previously produced in Europe. As early as the 3rd century BC, the craftsmen of South India used crucibles to smelt wrought iron with charcoal to produce one of the most admired metals of all time – wootz steel.

Wootz steel, potentially derived from the word ‘ukku’ which means steel in Telugu and Kannada. Wootz ingots were produced in the southern part of India. These steel ingots were highly prized and would be purchased immediately by traders and sold to swordsmiths throughout Asia and the Middle East.

The art of making Wootz steel was probably a trade secret passed on to select apprentices by master smiths. Wootz steel was highly prized across several regions of the world over nearly two millennia, and the products made of this Indian steel came to be known as Damascus steel. Slowly, the material started gaining prominence in the Middle East. The legend spread far and wide when warriors like Salahuddin Al Ayyubi started wielding swords made of Damascus steel. For over 2000 years, Damascus steel dominated the world of swords due to its distinctive patterns of banding and mottling, reminiscent of flowing water.

Wootz steel was produced as roughly 2 kg ingots, commonly referred to as cakes, that were solidified in a closed crucible. It was relatively high-purity iron steel with 1.5% carbon. The cakes were shipped to Damascus, Syria, where bladesmiths then learned to forge them into the swords that displayed a beautiful surface pattern, thus giving further impetus to the rise of the mysterious Damascus swords of the time.

Damascus swords were known to be extremely hard and flexible to the hilt and able to cleave a free-falling silk scarf or a block of wood with the same ease. A slight exaggeration, perhaps, but there is no doubt in the minds of historians that not only were Damascus swords a piece of art, but also one of the strongest steels known to man, the process of making which was lost to the world hundreds of years ago. The fall and subsequent demise of Damascus steel was probably a result of the depletion of the ores catering to the high demand of Damascus steel in the Asian subcontinent.

In 1818 Michael Faraday was so intrigued by Wootz steel that he visited India to study its properties.