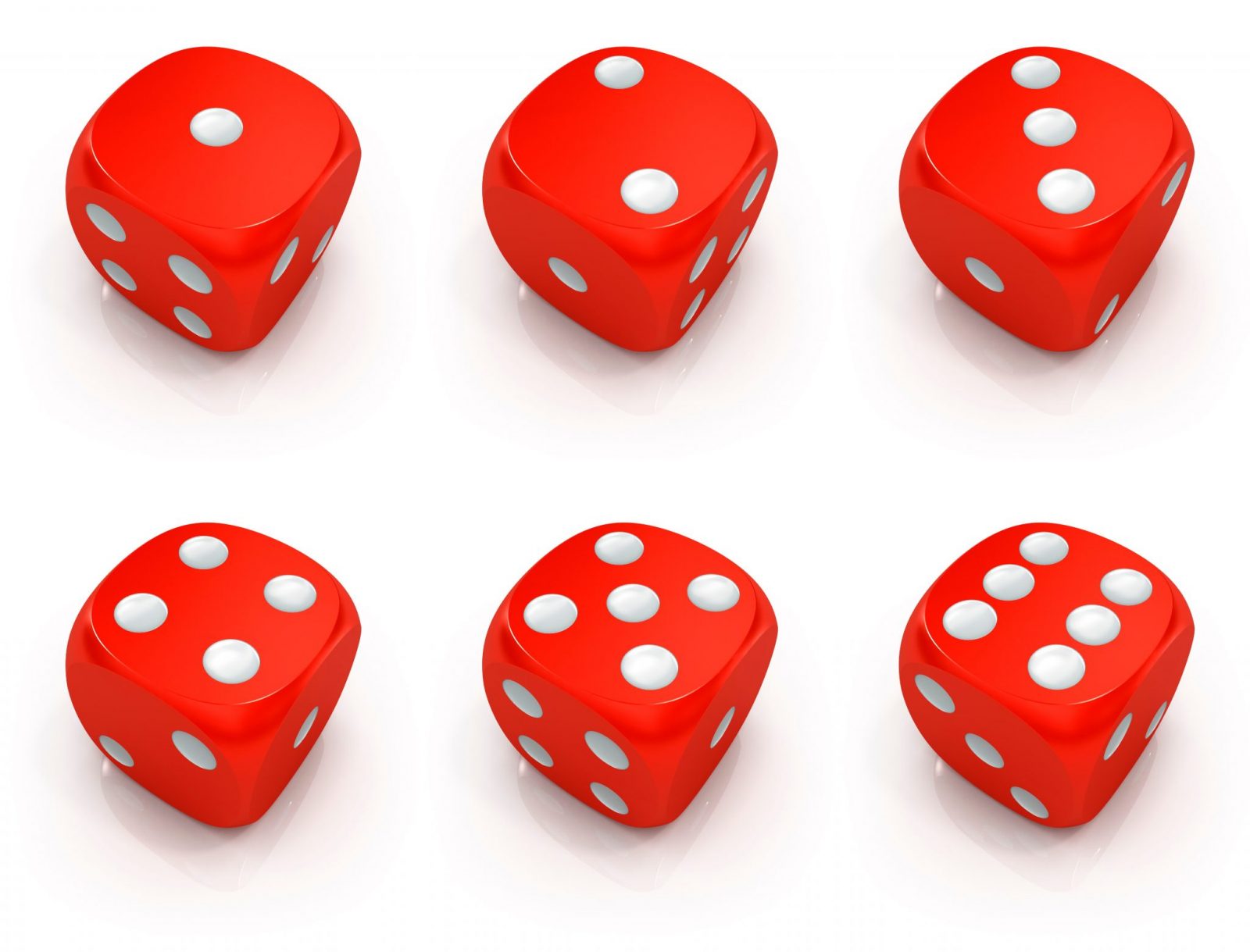 Dice have an 8000-year-old history. Dice likely originated in the Indus Valley Civilization. The oldest known dice dating back at least 8,000 years- consisted of objects such as fruit pits, pebbles, and seashells. But the direct precursors of today’s dice were bone: the ankle bones of hoofed animals, such as sheep and oxen.

Dice or other forms of random number generation appear in many ancient texts. In India, they’re mentioned in the Vedas, in the Buddha’s teachings, and in the epic poem Mahabharata, where a high-stakes dice game initiates a war. The oldest known account of loaded dice was mentioned in the Mahabharata. Before long someone figured that by shaving edges, rounding sides or drilling a weight into one side, one could create a pair of dice that wins more than it loses.

In medieval times, dice were often “unbalanced” in the arrangement of numbers, where 1 would appear opposite 2, 3 opposite 4, and 5 opposite 6. The material that the dice were made of (metal, clay, bone, antler and ivory) didn’t matter; neither did the lack of perfect symmetry or consistency in size or shape matter. In 12th-century China, a variation of a dice game led to the introduction of dominoes, which are basically flattened-out dice.

Since then, dice have evolved into the standard cube-shaped dice we know today. Modern dice were introduced to Europe by Marco Polo in the 14th century. The standard die is a six-sided, plastic cube. Each side is typically marked with one to six spots or dots. These dots are arranged such that opposite sides always total seven.

Today, dice are used widely in board games like Backgammon, Ludo and Yahtzee. Dice have become an integral part of our lives today and phrases like “roll the dice” or “no dice” are used in everyday conversation.

King Henry VIII, a notorious dice player lost a betting game of dice that eventually cost him the Jesus bells of St. Paul’s Church in England.