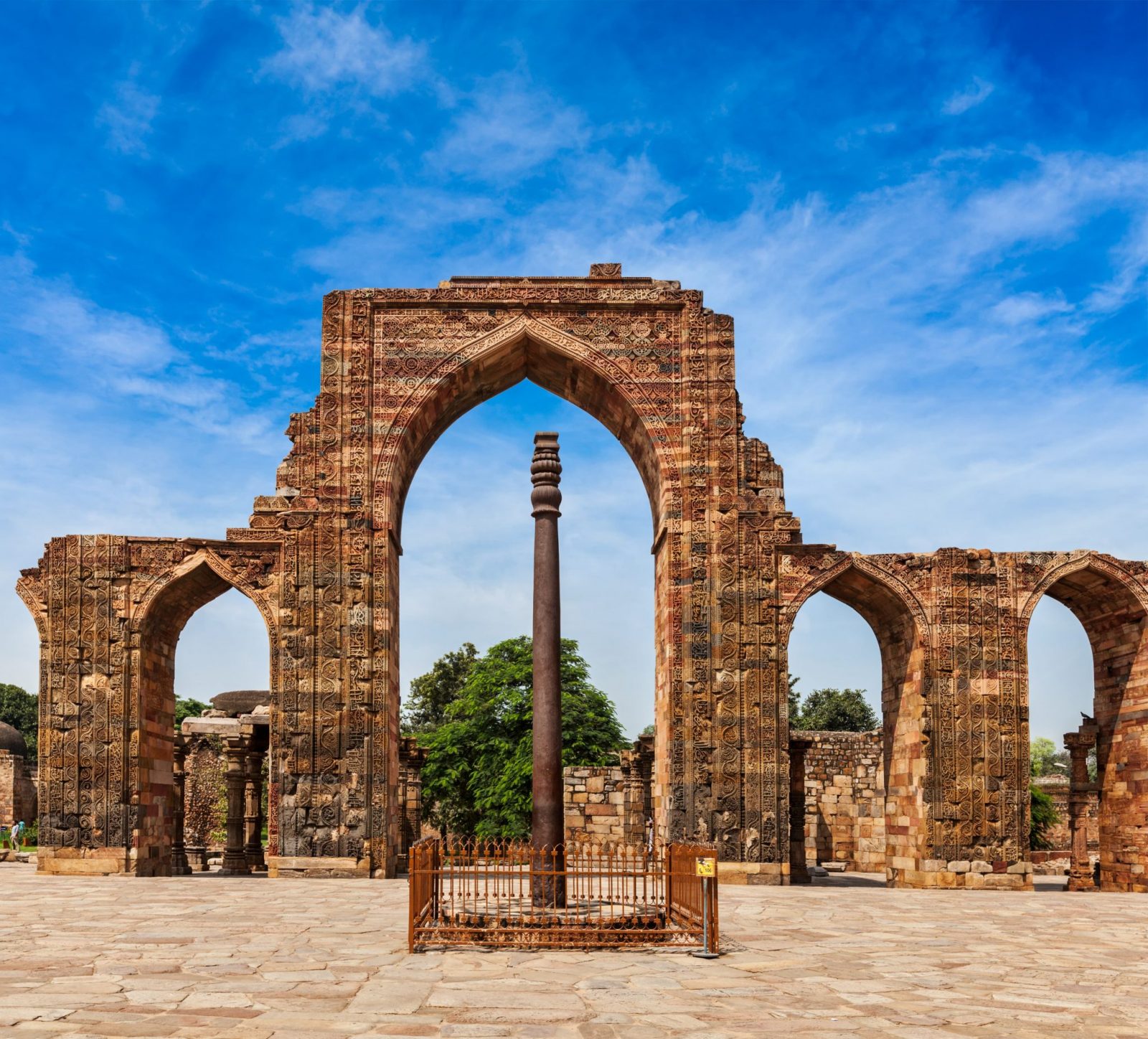 The Iron Pillar of Delhi is one of the most unique metallic objects in the world. It stands amongst the ruins of the Quwwat-Ul-Mosque, which dates back to the 4th Century A.D. The pillar was forged 1,600 years ago (sometime in 300 AD) and moved to Delhi about 1,000 years ago before the mosque was built. The pillar is made up of nearly seven tonnes of 98 percent wrought iron of pure quality. It stands tall at 7.2 metres.

The pillar bears an inscription which states that it was erected as a flagstaff in honour of the Hindu God, Vishnu, and in the memory of the Gupta King Chandragupta II (375-413). Mystery surrounds the pillar in question.

How was a pillar of this size moved to its present location is the first mystery? The second mystery, however, is a little more intriguing. Iron, as a material, is most susceptible to rust. By that logic, the Iron Pillar of Delhi should have fallen to dust and blown away with the breeze hundreds of years ago.

Metallurgists at IIT, Kanpur, have discovered that a thin layer of “misawite”, a compound of iron, oxygen and hydrogen, has protected the iron pillar from rust. The protective film took form within three years after the erection of the pillar and has been growing ever so slowly since then. After 1600 years, the film has grown just one-twentieth of a millimetre thick. The protective film was formed catalytically by the presence of high amounts of phosphorous in the iron — as much as one per cent against less than 0.05 per cent in today’s iron.

However, what man can make, man can also destroy. In 1997, a fence was erected around the pillar as a response to the damage caused by visitors. According to popular belief, it was considered good luck if one stood with one’s back to the pillar and made one’s hands meet behind it. Consequently, the protective passive layer of rust on the surface of the iron must have been inadvertently removed by visitors over time, leading to significant wear and visible discolouration on the lower portion of the pillar.

Mystery or not, the Delhi Iron Pillar serves as a guidepost for metallurgists in the 21st century. It is a classic example of massive production of high-class iron and is the biggest hand-forged block of iron. It is a demonstration of the high degree of accomplishment in the art of steel making by ancient Indian steelmakers.

It has been claimed that Indians manufactured large and heavy pieces of forged steel which European smiths learnt to make more than 1000 years later.

According to a popular belief, it is considered good luck if a person stands with their back to the pillar and makes their hands meet around the pillar.