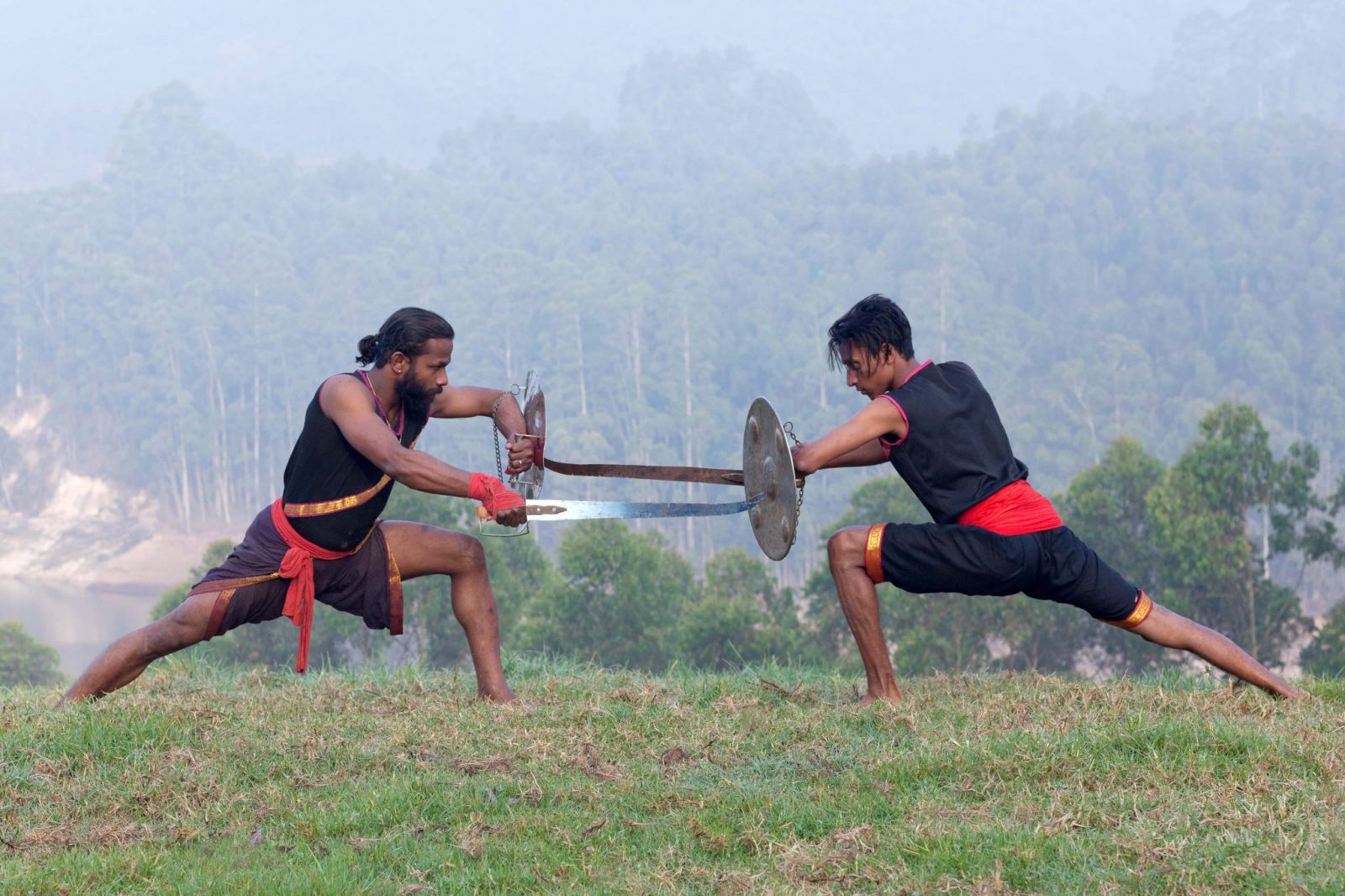 Crouching Tiger Hidden Dragon. The Drunken Master series. The Karate Kid. Kung Fu Panda. All these movies are tied by a common thread to India.

Martial arts originated in India. An early legend in martial arts tells the tale of the Indian monk Bodhidharma (also called Daruma), believed to have lived around 550 A.D. He is credited with founding the meditative philosophy of Zen Buddhism and influencing the unarmed combat arts of the Shaolin temple in China.

The martial virtues of discipline, humility, restraint and respect are attributed to this philosophy. It is said that the monk Bodhidharma travelled from his native town of Kancheepuram, Tamil Nadu to China to the court of the Emperor Liang Nuti of the 6th Dynasty. He taught the Chinese monks Kalaripayattu, the ancient Indian martial art so that they could defend themselves against the frequent attacks of bandits. Kalaripayattu involves strikes, kicks, grappling, preset forms, weaponry and healing methods; the footwork movement is said to be the most important in this fighting form. In time, the monks became famous all over China as experts in bare-handed fighting, later known as the Shaolin boxing art.

The Shaolin temple was handed back a few years ago to Chan Buddhist monks, inheritors of Bodhidharma’s spiritual and martial teachings, and is now open to visitors. On one of the walls, a fresco can be seen, showing dark-skinned Indian monks, teaching their lighter-skinned Chinese brothers the art of bare-handed fighting. The words “Tenjiku Naranokaku” are inscribed on this painting which means “the fighting techniques to train the body (which come) from India…”

Over time, Shaolin monks blended fighting techniques with the movements taught by Bodhidharma, which evolved into the martial arts of modern China. While these fighting styles vary widely, most have at least some connection in their lineage to the Shaolin Temple and have come to be known collectively as Kung Fu.

Agastya Muni, the creator of Kalaripayattu, was a small man who travelled widely. He evolved martial arts as a system to help fight the wildlife he encountered on his journeys. Those were the days when tigers roamed the land in great abundance and he needed to be able to defend himself from tigers and other animals.

Martial arts are systems of codified practices and traditions of training for combat. Though studied for various reasons, broadly speaking, martial arts share a single objective: to defeat a person physically or to defend oneself from physical threat. Some martial arts are linked to spiritual or religious beliefs/philosophies such as Buddhism, Daoism or Shinto while others have their own spiritual/non-spiritual codes of honor.