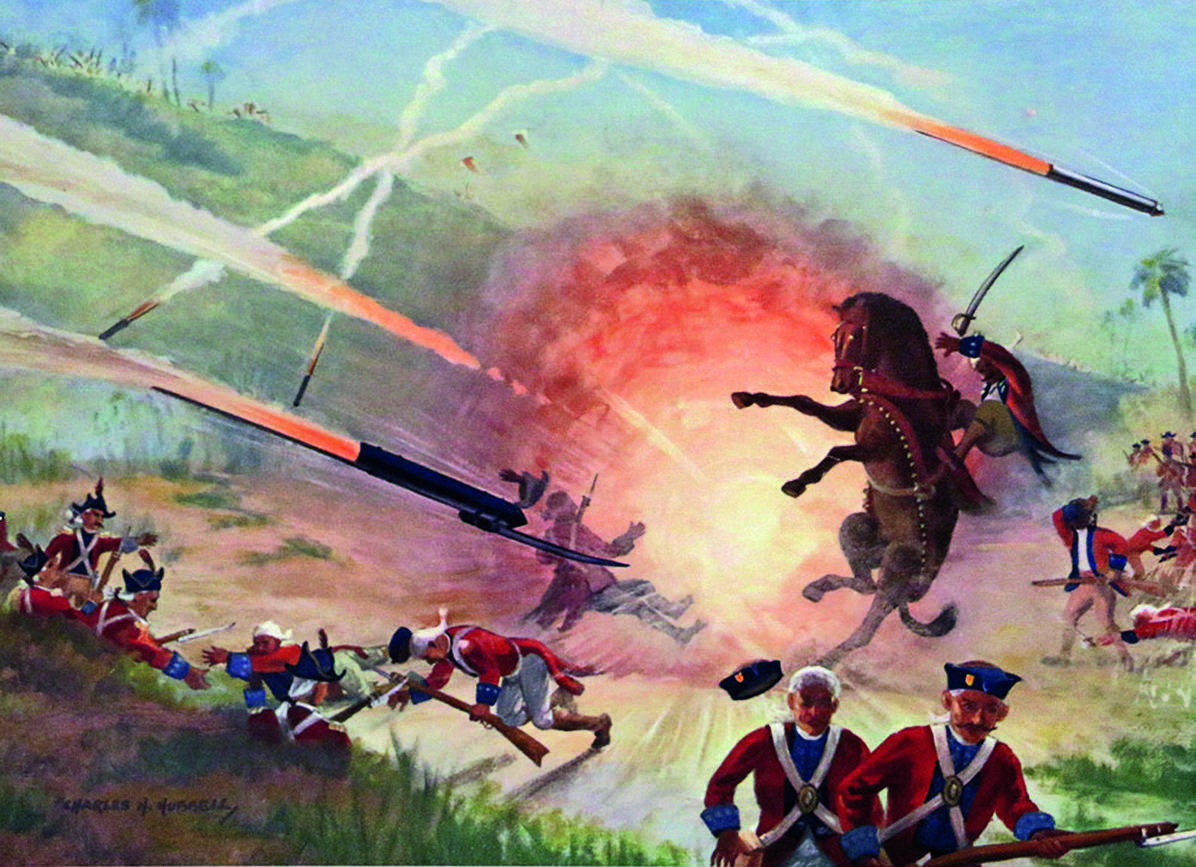 The worlds’ first iron-cased and metal cylinder rockets were developed and deployed by Tipu Sultan, the ruler of the city of Mysore, India, in the 1780s. The Mysore missile rockets were successfully used against the British East India Company during the Anglo-Mysore Wars.

Tipu Sultans’ army was trained to launch their rockets at an angle calculated from the diameter of the cylinder and the distance to the target. Additionally, wheeled rocket launchers capable of launching five to ten rockets almost simultaneously were also used in a war. These missiles’, fitted with swords, would travel a long distance, several meters in the air before coming down with the edge of the swords facing the enemy.

The British took an active interest in the technology and developed it further during the 19th century. The Mysore rockets of this period were much more advanced than what the British had seen, chiefly because of the use of iron tubes for holding the propellant; this enabled higher thrust and a longer range for the missile (up to 2 km range). More than the number of casualties, the rockets were instrumental in creating panic among the enemies.

After Tipu Sultan’s defeat in the 4th Anglo Mysore War, the British took a large number of unused rockets back to England, where a man by the name of William Congreve subjected them to a scientific study. Congreve found that the Mysore rockets had much greater range than any found in Europe. It was Congreve’s research – reverse engineering as we would call it today – and further development that led to the use of rockets by the British against the French in the Napoleonic Wars, and later against the Americans.

The rest, as they say, is history.

Today, missiles come in types adapted for different purposes: surface-to-surface and air-to-surface missiles (ballistic, cruise, anti-ship, anti-tank, etc.), surface-to-air missiles (and anti-ballistic), air-to-air missiles, and anti-satellite weapons. The average intercontinental ballistic missile would probably set a country back around $60 million, at the very least. North Korea is perhaps best known for its missile systems today, having invested heavily in the development of increasingly longer-range ballistic missiles. This is a cause for concern because a growing number of countries with ready access to missiles increases regional tensions and makes war more likely.

Some robust USB drives can survive temperatures of -122 through 394 degrees Fahrenheit.