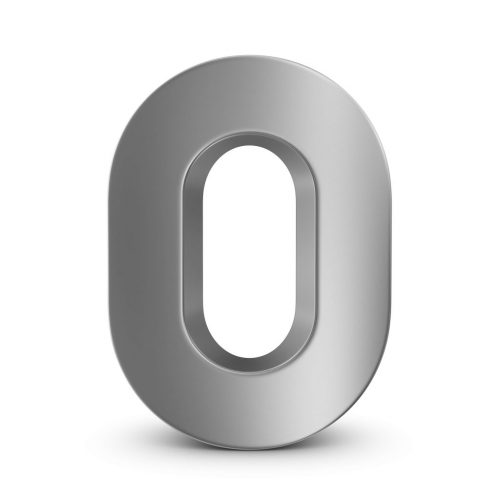 The word zero comes through the Arabic literal translation of the Sanskrit “sunya”, meaning void or empty, into “sifr”, meaning empty or vacant. More than any numbering system that preceded it, the zero transformed the power of numerals, propelling mathematics into fantastic equations that can explain our world and fuel incredible scientific and technological advances.

As a number, zero means nothing — an absence of other values. It plays a central role in mathematics as the identity element of the integers, real numbers, and many other algebraic structures. As a digit, zero is used as a placeholder in place value systems. Historically, it was the last digit to come into use.

Over a thousand years ago, in India, a symbol was used to represent an abacus column with nothing in it. At first, this was just a dot; later, it became the ‘0’ we know today.

The credit for the number zero is given to one of the world’s greatest mathematician-astronomers, Aryabhatta, presumably as early as the 5th century, with the oldest unambiguous evidence dating back to the 7th century. While Aryabhatta did not use the symbol the French mathematician, Georges Ifrah believed that the knowledge of zero was implicit in Aryabhata’s place-value system as a place holder for the powers of ten with null coefficients.

An inscription on a temple wall in Gwalior, India, dates back to the 9th century and has been considered the oldest recorded example of a zero, according to the University of Oxford. Another example is an ancient Indian scroll called the Bhakshali manuscript. Discovered in a field in 1881 researchers thought it had originated in the 9th century. However, recent carbon dating has revealed that it was probably written in the third or fourth century, which pushes the earliest recorded use of zero back by about 500 years.

Without zero, it is not possible to describe the concept of a null set. Zero is also instrumental in creating various physical quantities that have become part and parcel of science. For some quantities, the zero level is naturally distinguished from all other levels, whereas for others it is more or less arbitrarily chosen. For example, on the Kelvin temperature scale, zero is the coldest possible temperature, whereas, on the Celsius scale, zero is arbitrarily defined to be at the freezing point of water. Since its invention, the numeral has become an essential part of mathematics.

The number Zero is neither positive nor negative, neither a prime number nor a composite number.